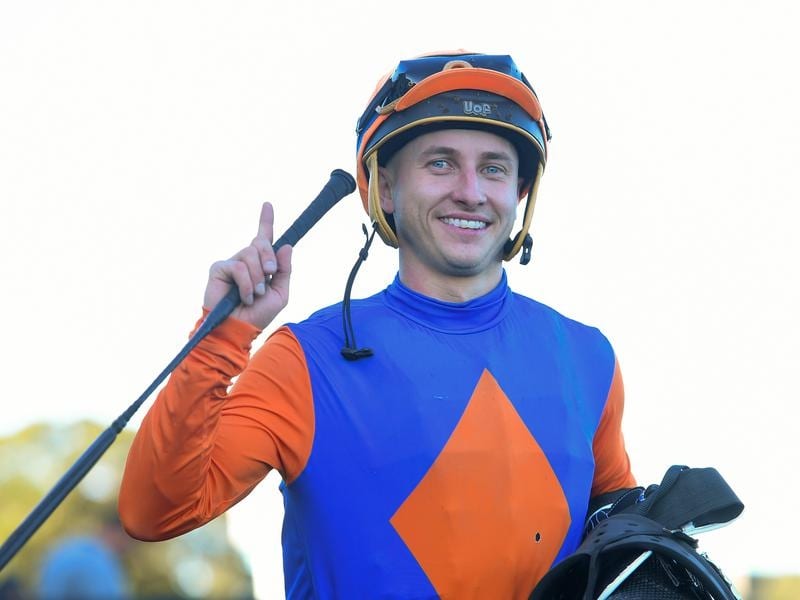 Twelve months after joining his jockey father on the WJ McKell Cup honour roll, James Innes Jr will try to emulate the feat in another stakes race on the corresponding program.

Innes Jr will partner Hawkes Racing gelding Outrageous in Saturday’s Listed Civic Stakes (1350m), hoping to etch his name alongside that of dad James, who won the 2003 edition aboard Palladium Star.

Innes Jr took out the McKell Cup on Hush Writer last year to match the achievement of his father, who won it 13 years earlier with Taken At The Flood.

The Rosehill meeting will be the first time Innes Jr has ridden at a Sydney Saturday program since May 20.

He spent two weeks in quarantine to partner Dawn Passage in the Stradbroke Handicap in Brisbane, the horse finishing seventh as favourite, and another period in isolation to return to Sydney racing.

He has five rides at Rosehill, led by Outrageous who sits on the third line of Civic Stakes betting at $7.50.

Rachel King partners Toryjoy for Chris Waller in her bid for successive wins in the feature sprint after scoring aboard Godolphin’s Gaulois 12 months ago.

The three-year-old boasts above-average formlines, being beaten by stakes winner Pandemic on debut and claiming the scalp of subsequent Australian Oaks winner Colette in her maiden victory at Kembla Grange in January.

“She has run in a few races that have turned out to be fairly good contests,” Newnham said.

Fulmina resumed with a Newcastle victory in May and was runner-up to Saturday’s rival Zing after tracking wide at Warwick Farm last start.

“She has always shown enough ability and that she’d get over a little bit of ground,” Newnham said.

“She had tough run the other day and being only a small filly she will appreciate coming down from 58 to 52-1/2, and a good draw.”

The fillies and mares race has attracted a capacity field and Newnham says that is a reflection of the need for middle-distance races restricted by gender.

“We don’t get a lot of fillies and mares races over a trip and you can see by tomorrow’s race where you get a full field, there is certainly a demand for it,” Newnham said.

“The two favourites, her and Zing, are both lightly-raced three-year-olds and it’s a lot easier for these fillies to take on mares than step out against colts and geldings.”