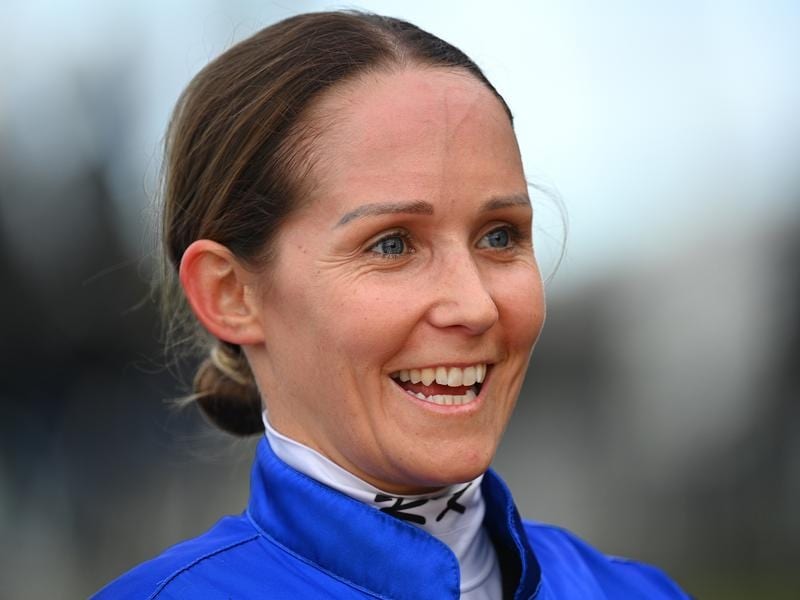 Rachel King admits she was second guessing herself when Zethus dived at favourite Home Affairs in a thrilling finish to the Canonbury Stakes at Rosehill.

Less than 24 hours earlier, King had endured a series of near-misses when six of her seven rides at the Canterbury night meeting finished second, three of them in tight finishes.

Zethus appeared set to suffer the same fate as Home Affairs shot to a handy lead halfway up the straight but the Godolphin youngster pinned back his ears and nailed him on the line.

“Normally I’m fairly good at judging whether I’ve won. I knew I was in front that stride after, I just wasn’t sure if I was on the post.”

Zethus finished second to boom colt Remarque on debut and trainer James Cummings said he had taken significant improvement from that experience.

“He ran beautifully first up against Remarque and I think he’s backed it up by improving a bit today,” Cummings said.

“He knuckled down so strongly against a very classy colt and I’d say he’s looking every bit for 1200 metres next time.”

Cummings said Zethus would be given every chance to keep progressing through to the better autumn two-year-old races.

“It’s only the end of January. There are quite a few steps to take before we get to the big races but he is doing everything right so far,” he said.

“He’s got lots of upside and the best attitude to improve as a two-year-old.

“This horse is in all the races so we will just pick the spot that is going to be sweet enough for him.”

Waller wasn’t disappointed with the effort of favourite Home Affairs and said he would press on to a similar race in the coming weeks.

The champion trainer was back in the winner’s stall a race later with emerging import Great House, who boasts an incredible northern hemisphere pedigree.

He has Allegretta – the dam of Arc winner Urban Sea who produced both Galileo and Sea The Stars – on both sides of his family.

Waller says Great House will continue through the grades but he is open to raising the bar to stakes grade if the horse continues to improve.

“There is a nice 2400 metre race for him in two weeks time and beyond that, who knows? He is very talented,” Waller said.