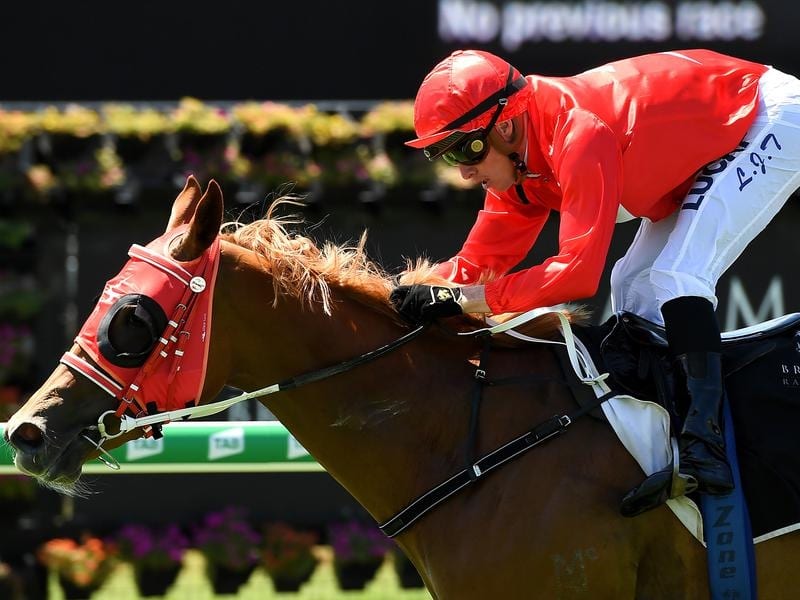 Jockey Les Tilley produced a near perfect ride on Sizzling Babe to atone for a last start defeat by winning the Gallopers Sports Club Handicap (1400m) at Eagle Farm.

Tilley was very forthright about his last start ride on Sizzling Babe when the two-year-old finished third in a similar race at Eagle Farm two weeks ago after she was held up for a run in the straight.

“I butchered her and I vowed that wouldn’t happen again,” Tilley said.

True to his word, Tilley let Sizzling Babe settle near the tail of the field and then brought her down the middle of the straight to score by 3-1/2 lengths to Raingurl ($6).

Sizzling Babe defied a big betting drift as she started $2.25 favourite after opening at $1.50.

The filly has now returned Leggatt $86,000 in prize money which includes two wins.

“I will have to get back to the sales next week and see if I can get another one like her,” Leggatt said.

Sizzling Babe is likely to miss next week’s $500,000 Aquis Jewel and run in another 1400m race for two-year-olds in a fortnight.