Joao Moreira returns to form with a vengeance 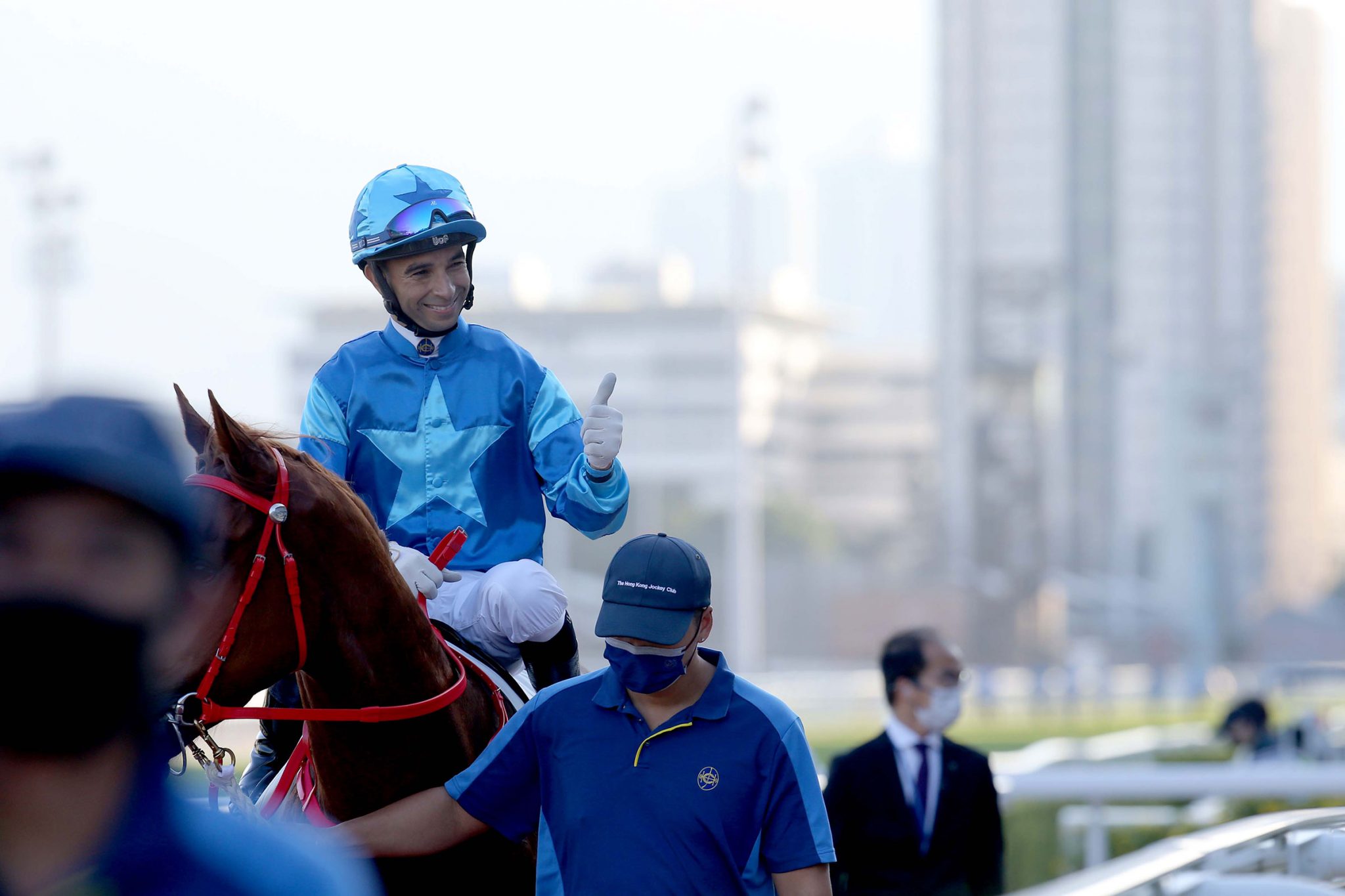 Joao Moreira has ended a challenging recent run with a familiar display of dominance, booting home a treble at Sha Tin on Sunday (24 October) in a display highlighted by the spectacular return of Master Eight and victory in the programme’s feature aboard Xiang Yin.

Cutting Zac Purton’s lead to nine – after trailing the Australian by 12 winners at one stage in the jockey championship tussle – Moreira roared back to form, while Frankie Lor, Tony Cruz and Francis Lui shared training honours with doubles.

Vincent Ho also chimed in with a brace as Master Eight’s triumph in the second section of the Class 3 Spoonbill Handicap (1200m) drew high praise from his trainer and jockey.

“He’s talented, promising. He didn’t disgrace in any aspect. He knew what we were asking him to do today and he just delivered. He’s a very nice horse to ride and he’s got a bright future,” Moreira said.

Lor was similarly impressed after the Oamaru Force gelding maintained an unbeaten record after three outings.

“If he sticks to 1200 (metres) there are still some big races for him later on. He looks like he will still improve, he’s only had three starts and he needs to learn to relax a little bit more and he will be better.

“Next start he will go up to Class 2 and we will know a lot more then.”

Lor and Moreira also combined with Xiang Yin in the Class 3 The Chinese General Chamber Of Commerce Cup Handicap (1600m), with the Sixties Icon gelding registering his second win of the season.

“He appreciated the light weight (118lb) on his back and he came into today’s race with a win under his belt. He’s now understanding what it’s all about, so congratulations to Frankie’s team – they’ve done a great job with both these horses,” Moreira said.

With only one win from his previous 28 rides entering the meeting, Moreira rode with trademark confidence with the first of his three winners materialising via Manfred Man’s So Awesome in the Class 5 Heron Handicap (1400m).

“He’s better now among other horses. In the past, he has been shying away. It was nice to see him win again today.”

Ho notched a brace, cleverly exploiting barrier one on Rock Ya Heart to land the first section of the Spoonbill Handicap (1200m) for Francis Lui, who closed the meeting with Highland Fortune’s head-bobbing victory in the Class 2 Swan Handicap (1400m) under Karis Teetan.

Luke Ferraris had to endure an anxious wait before Jimmy Ting’s Flying Sword was declared the winner of the Class 4 Kestrel Handicap (1400m) after an objection was lodged from Karis Teetan, who rode runner-up Boom Stitch.

Ferraris said: “I’m very happy, obviously it’s taken me a bit of a while to crack it at Sha Tin but very glad to get it done for Jimmy. We had a dream passage throughout, he had the draw to help him and the race panned out exactly as I wanted to.”

Super Fortune lived up to imposing trial form with emphatic success in the Class 4 Egret Handicap (1000m) for Matthew Poon and Tony Cruz.

“He’s a nice horse and he’s got some ability,” Cruz said after the Zoustar gelding cruised to an easy debut victory. “He has to have ability to win like that.”

Poon agreed: “He had three good trials leading into the race and he improved each time against some pretty good horses. Before the race, I was quite confident he could win or show very good ability.

“He showed that he has good ability with his win. At this stage, it’s hard to say what class he will reach because he’s quite young and still improving.”

Cruz posted a double when Alexis Badel extracted the best from Beauty Spirit to claim the Class 4 Peacock Handicap (1600m) over Soulmate and Decisive Action.

“I believe the 1600 (metres) is his pet distance and he will step up in class and we will go again. Hopefully Badel can ride him again and we will run at the same course and distance,” Cruz said.

David Hall hopes Good Buddy, winner of the Class 4 Flamingo Handicap (1200m) under Purton, can graduate to higher levels – with a caveat.

“I think he’s got ability and I think he can progress a little bit more yet but he’s certainly got to get his race manners a little bit better. He’s just got to learn to settle down, relax and know how to be a racehorse properly before he’ll go any higher,” Hall said.