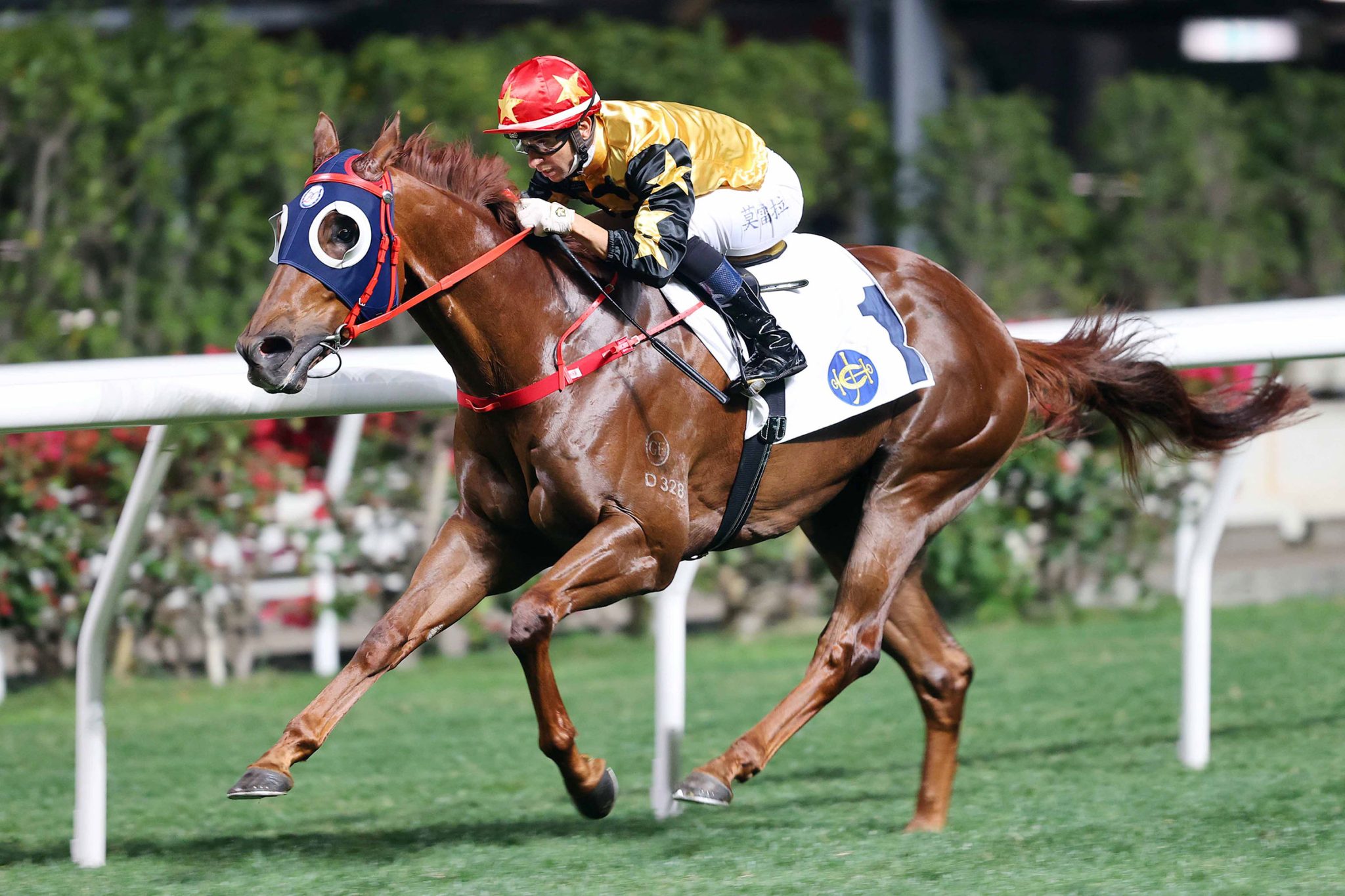 Bidding for a third BMW Hong Kong Derby, Caspar Fownes laid down a positive sighter for the HKD$24 million Classic at Sha Tin on Sunday (20 March) as the reigning champion trainer edged closer to 1,000 Hong Kong wins with Kokushi Musou’s victory in the first section of the Class 4 Hereford Handicap (1200m) at Happy Valley on Wednesday night (16 March).

“I was quite confident I was going to have a good day because I had good rides,” Moreira said after dominating the city circuit. “Four is always a good number and I’m very happy with that. This builds confidence going into the Derby and hopefully I can repeat on Sunday.”

Moreira will join forces with Fownes atop Senor Toba, one of the leading hopes at the weekend.

“We’ve got two horses in there and we’ll be doing our best to hopefully get back-to-back Derby wins,” said Fownes, who won last year’s Four-Year-Old Classic Series finale with Sky Darci.

“He has raced in most of his races with blinkers on, he won the New Zealand Derby with the blinkers and I’ve basically given him a good preparation leading into the Derby and now we just hope that he gets a good draw and he can give us a nice run,” Fownes said. “Senor Toba is also a nice horse and his best racing is ahead of him.”

“The draw helped tonight and he’s done his job,” Fownes said. “He’s quite a nice horse and he will get a little bit further as he strengthens and matures.”

Zac Purton started the meeting promisingly by notching his 90th win of the season when he drove Richard Gibson-trained Viva Mama to success in the Class 5 Selkirk Handicap (1000m). It was Gibson’s 12th victory of the campaign.

Trailing Purton by nine wins after the first race on Wednesday night, Moreira responded in devastating fashion to reduce the margin to five – 90-85.

Diamond Star extended late under the four-time champion rider to claim the Class 5 Wiltshire Handicap (1650m) for John Size. A son of Sweet Orange, the six-year-old broke his Hong Kong maiden status at his 24th attempt.

The Brazilian then upped the ante with success aboard Danny Shum’s Packing Famous in the Class 4 Renfrew Handicap (1800m), with the Press Statement gelding accelerating powerfully after a rails-hugging ride by Moreira.

Formerly known as known as Marcher Sur L’Eau when a runaway winner for Tom Dabernig and Ben Hayes in Australia, Packing Famous has scope for improvement, according to Shum.

“He’s only lightly-raced and I think he’s getting better,” Shum said. “He’s a consistent horse.”

Moreira continued a fine display aboard Like That for Frankie Lor in the second section of the Class 4 Hereford Handicap (1200m), dictating the tempo from the front to win comfortably.

Moreira’s fourth success came atop three-year-old Eason, whose dominant victory in the first section of the Chester Handicap (1200m) gave Lor a double – and a prospect to be excited about.

“He’s a nice horse. He’s still only three and tonight was only his fifth start. I think he could get 10 points for this win, but he should still be in Class 3, so I will keep him at Happy Valley,” Lor said.

Blake Shinn registered his 20th victory this campaign when expertly exploiting the inside draw on Francis Lui’s veteran Universal Go Go to clinch the Class 4 Lancashire Handicap (1650m). It was the seven-year-old’s fifth victory from 49 Hong Kong starts.

Three-year-old Scotch Tycoon streamed to his third victory in five starts for Lui under a brilliant Karis Teetan ride in the second section of the Class 3 Chester Handicap (1200m). Teetan plotted a ground-saving course along the fence after sitting off the speed.