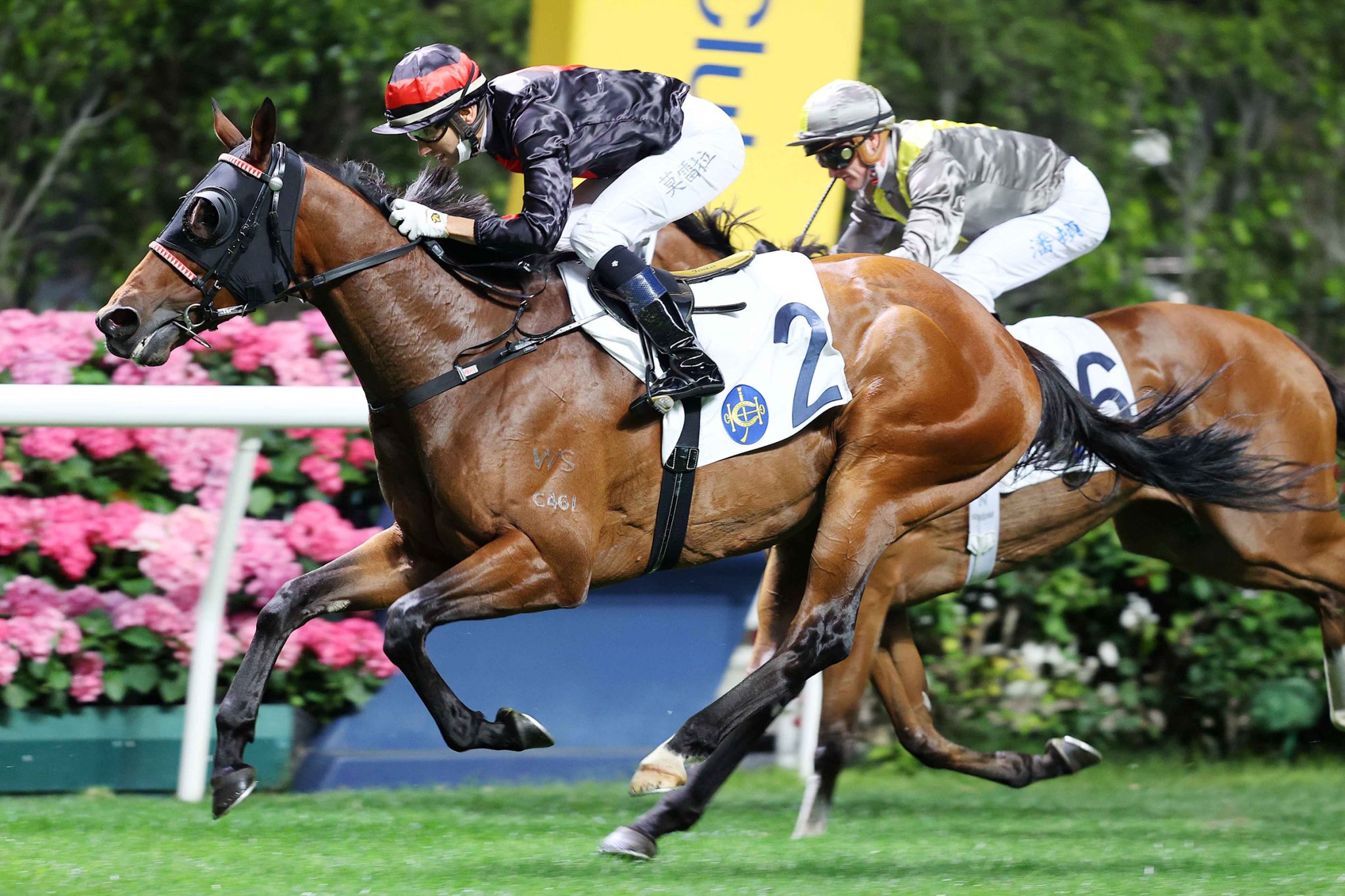 On a defining night for Moreira, the 38-year-old Brazilian became only the third jockey to slot 1,200 wins or more in Hong Kong behind Douglas Whyte (1,813) and arch-rival Purton (1,393), but the ‘Magic Man’ reached the mark quicker than either man.

“I wouldn’t be sitting on that number (1,200) without the support of a lot of people,” Moreira beamed after opening the meeting with a race-to-race double. “Not in even in my wildest dreams, could I have those dreams, you know before I came over to Hong Kong.

“I wasn’t counting. I wasn’t aware that I was on 1,198 before the meeting and I didn’t come to the races thinking about it. It’s always good to reach the mark.”

Moreira’s latest haul leaves him level with fellow four-time champion Purton on wins for the season – 98 each – after the Australian closed the meeting by winning the Class 3 Des Voeux Handicap (1200m) atop Francis Lui’s Star Brite – but the Brazilian now leads overall because he has a more second placings.

Moreira accelerated his charge from the outset with victory aboard talented Whizz Kid in the Class 3 Connaught Handicap (1000m) – the opening race of the card – with a victory which delighted trainer Tony Cruz.

“I love this horse, his character is fantastic. The only worry is that he keeps on putting on weight so I’m going to have to gallop him in the off-season to keep him in shape,” Cruz said.

“He loves Happy Valley and the Sha Tin straight course over 1000m, but I’m sure he’ll get further in the future. Tonight, Joao said everything went great, everything was perfect, so I’m very happy.”

“I didn’t expect him to win, but I’m very happy that he did,” Shum said. “He had a good run and he seems to get along well with Matthew Poon. Everything worked out well tonight. His best distance is 1800 metres and he showed that tonight.”

In-form Yung fired in his third win from his past five starters to total 30 for the campaign when Multimore held on grimly to land the Class 4 Ice House Handicap (1000m) under Dylan Mo, while Yiu sealed a brace with Prime Minister for Derek Leung in the Class 3 Glenealy Handicap (1650m).

Lyle Hewitson and Douglas Whyte combined successfully for the fourth time this term when Durham Star broke through in the first section of the Class 4 Lambeth Handicap (1200m). All of Hewitson’s wins this season have come in tandem with Whyte.