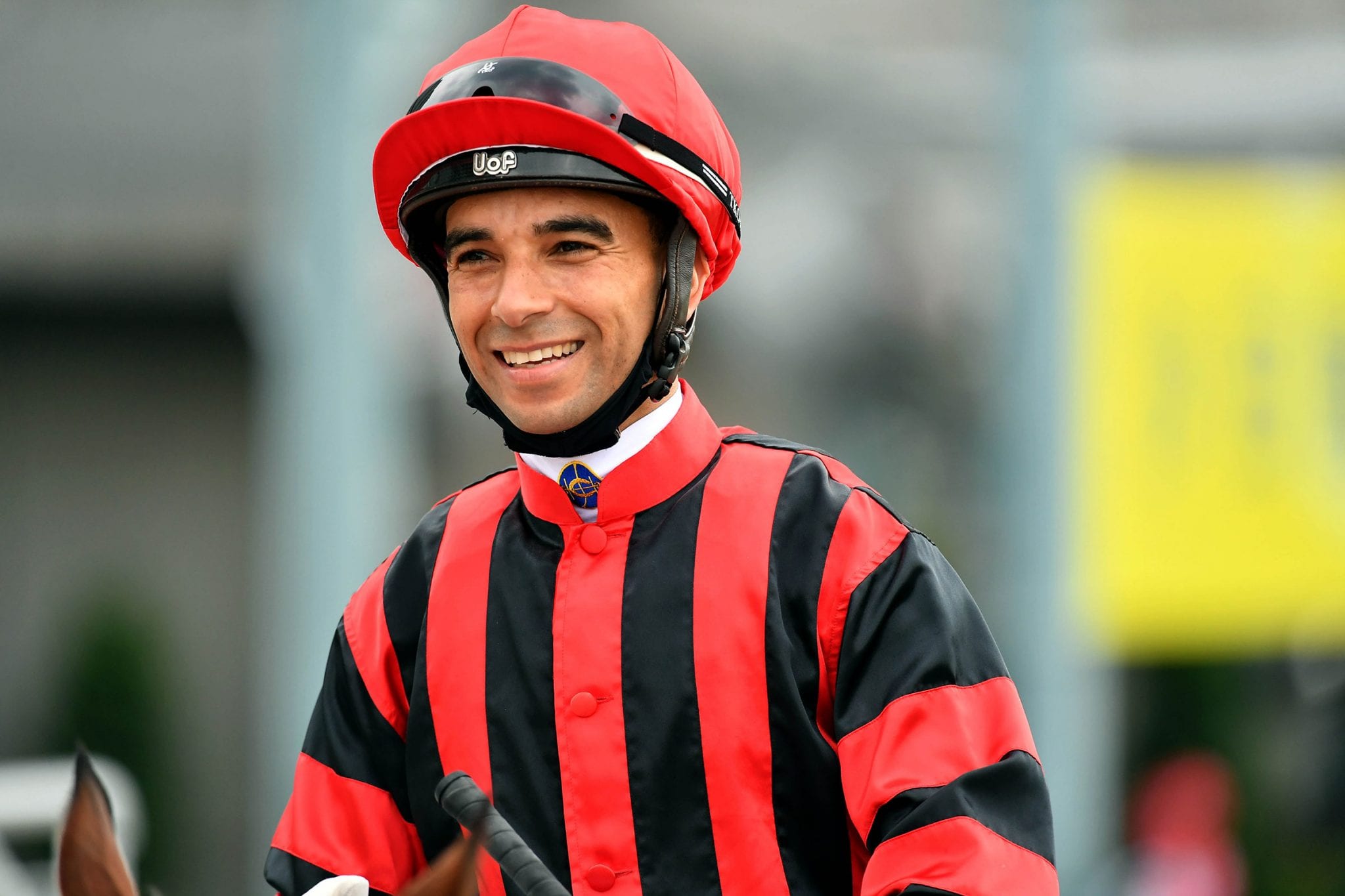 Commanding a virtually unassailable lead in the jockeys’ championship, Joao Moreira is confident Master Eight can confirm his status as one of Hong Kong’s brightest prospects with victory in the Class 3 Hap Mun Bay Handicap (1200m) at Sha Tin on Sunday (13 June).

Leading Zac Purton 138 to 117 in quest of a fourth Hong Kong title, Moreira believes only unbeaten Courier Wonder is superior to Master Eight among the three-year-olds the Brazilian has handled this season.

“If he’s not at the top, he would be sitting second. It’s just a matter of time and if he gives a little bit more he might be as good as the one that I would put at the top,” Moreira said of Frankie Lor’s charge, a striking three and a quarter length victor on debut on 16 May.

“He did what we were expecting. He was very straightforward, as he was at his trials this preparation, and he surprised me in the way that he hits the line – he was very strong and that gives us a lot of excitement about this bloke.

“When I asked him to come back a little bit he responded like a professional horse. He’s the type of horse that is going to make the trainer’s and jockey’s life easier.”

Rising in grade from Class 4, Master Eight impressed Moreira with his trackwork enthusiasm on Monday (7 June).

“I was asked not to go too fast on him, but he was feeling so well in himself that we ended up going a little bit faster than what the trainer wanted but he pulled up very well after the gallop and I’m sure he’s going to bring his best to the races,” Moreira said before succinctly quantifying his confidence levels as “very high.”

Purton, who rides consistent veteran Regency Bo Bo (133lb) in opposition to Moreira and Master Eight (118lb), acknowledges both the talent of the younger horse and the weight scale.

“He (Master Eight) was obviously impressive on debut and looks like a really nice horse. He gets in with a light weight, so he’s going to be hard to beat,” the Australian said before making a case for Regency Bo Bo, who has posted seven wins and 16 minor placings from 54 starts.

“Danny (Shum) identified that maybe he couldn’t run 1400 (metres) any more now that he’s later in his career and dropped him back to 1200 (metres). Ever since he’s done that, the horse has started to show us his best form again.

“He’s been racing really, really well and hopefully he can do that again.”

Moreira hopes to add to his haul with Kurpany in the Class 2 Cheung Sha Handicap (1200m, dirt).

“Last time he had an outside gate (11) and he had to make the turn a bit wide – he had to cover ground and had to be overused to come across and get a position. Off of a decent gate it might not be that difficult to place himself,” Moreira said. “He’s no doubt one of my best rides on the day.”

Karis Teetan is banking on a class drop to offset Decisive Action’s wide draw and hefty weight in the first section of the Class 4 Silverstrand Handicap (1400m) as the Mauritian bids to build on his four-timer at Happy Valley on Wednesday (9 June).

“He’s got the outside gate (14) and he’s got the heavy weight (132lb), so there’s a few things that are not going his way but he’s dropping in class, which helps him out,” Teetan said of the Rip Van Winkle gelding, who finished fourth in a Class 3 1600m contest on 16 May.

“I think he should let down well.”

Teetan will partner Paul O’Sullivan’s Vukan in the Class 4 Lido Handicap (1200m) with the trainer hopeful the addition of a crossed nose band will make a difference.

“The last couple of runs, he’s gone forward and been far too keen in his races,” O’Sullivan said. “He’s come back in trip and hopefully he can switch off and hit the line.”