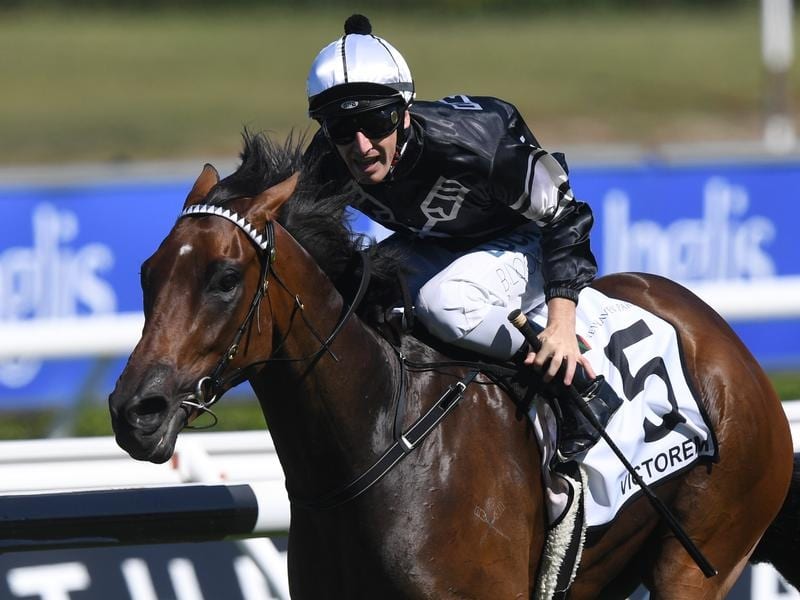 Port Macquarie trainer Jenny Graham’s Brisbane campaign has taken a sharp turn for the better and she hopes it is a sign of a stakes win at Doomben.

Graham has a team of six horses in Brisbane for the summer and she struck her first win with Awesome Pluck at Doomben last Saturday.

She followed that with a dead heat win for Art Attack at the Beaudesert metropolitan meeting on Wednesday.

“I have about 13 horses in total and it means with a small team I have been able to come north and stable some with Barry Lockwood,” Graham said.

“We didn’t have much luck and I thought it was set to continue when I Wanna Be A Jeep was run down in the last stride at Doomben last week.

“Then Awesome Pluck turned our luck around with a big win in the last race.”

Graham is hoping the change of luck continues with Victorem in Saturday’s Listed Lough Neagh Handicap (1350m) at Doomben.

Victorem is another of Graham’s Brisbane team who hasn’t had much luck.

“He has had a couple of bad barriers and races haven’t been run to suit him,” she said.

Victorem ran the fastest final 600m of the day when third to I’m A Rippa in the Group Three George Moore Stakes two weeks ago.

“It was a good run but they walked early and Victorem had no chance of catching the winner who led,” Graham said.

Graham has been training for 20 years but has been around horses all her life.

Victorem, who won the Country Championship at Randwick in April, is generally considered her best horse.

“He has won more than $700,000 for us so he has been a good pony. I would love to win a stakes race with him and let us hope the weather holds up because he needs a dry track,” Graham said.

Victorem is likely to press on to the Magic Millions carnival next month but Awesome Pluck will probably only have one more run this summer.