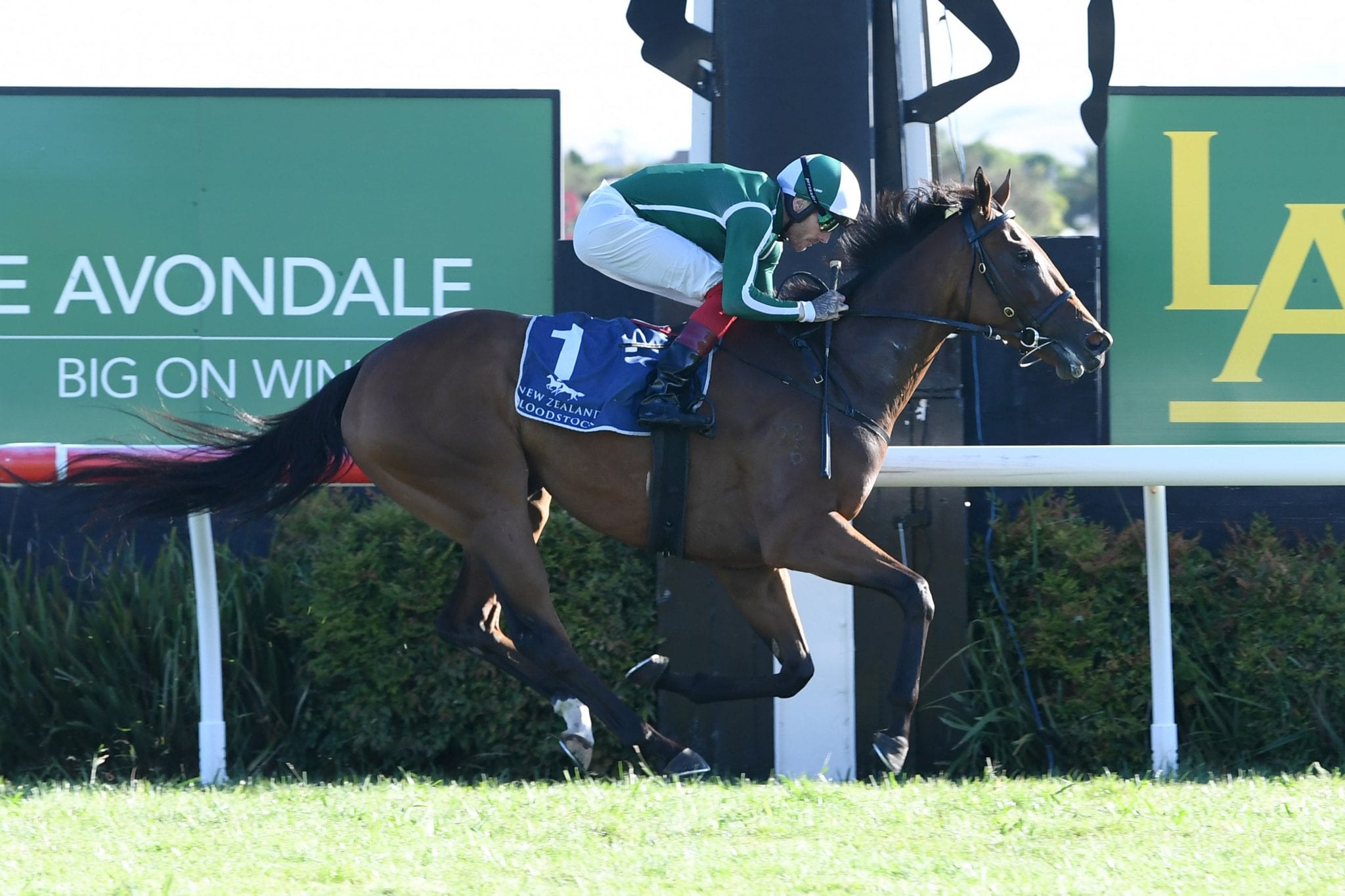 Quality filly Jennifer Eccles once again showed her customary turn of foot to prove too good for her rivals in the Group 2 Little Avondale Lowland Stakes (2100m) and book her passage to the Group 1 Al Basti Equiworld Dubai New Zealand Oaks (2400m) at Trentham on March 14.

The daughter of Rip Van Winkle positioned midfield outside of key rival Loire after over-racing early and in a slowly run tactical-affair jockey Jason Waddell unleashed the filly before the home turn. She showed her superior acceleration to dash home four lengths to the better of Loire, with Showbeel fighting on well for third.

The Shaune Ritchie-trained filly is now an overwhelming $1.80 favourite for the Oaks, ahead of Loire at $6. Bought for just $5,000 as a weanling by Cambridge bloodstock consultant Adrian Clark, Jennifer Eccles is raced by The Challenge No.10 Syndicate, which features 57 individual members who have brought much fanfare to each of the filly’s starts.

“She’s aggressive in the way that she is such a racehorse,” Waddell said. “She is so competitive. The speed obviously wasn’t fast, it was only slowly run. “I couldn’t hold her any longer coming to the 600m, I was getting up on their heels. She is a horse that has got a short turn of foot, well we thought she did. I don’t know if I have ridden too many fillies that can quicken up the way she does. “She is an incredible filly and I appreciate the ride from the owners and Shaune Ritchie. I can’t wait for the Oaks.”

Trainer Shaune Ritchie found himself momentarily questioning the jockey’s decision to push the go button early but any fears were quickly allayed. “Wasn’t she spectacular late,” Ritchie said. “I was worried. Going into a mile and a half you have got that concern in the back of your head that she might not get the trip, but she was dominant today. “I was thinking, Jason wait, but that’s why you don’t need to talk to Jason because he is so good at making those calls. The cheeky way he eased down late was superb.”

Ritchie said the enjoyment derived by the filly’s horde of owners and fans was a great example of the positives of syndication. “It’s irrelevant how much they own, you can’t shake your own hand. There are plenty of them here to shake hands with. It’s a good atmosphere and great for racing.”

Jennifer Eccles leads the New Zealand Bloodstock Filly of the Year series with 32.5 points, with Loire the only other possible danger of snatching the award should she win the Oaks and Jennifer Eccles miss a place. But given the dominance of Wednesday’s victory, that danger looks remote, to say the least.