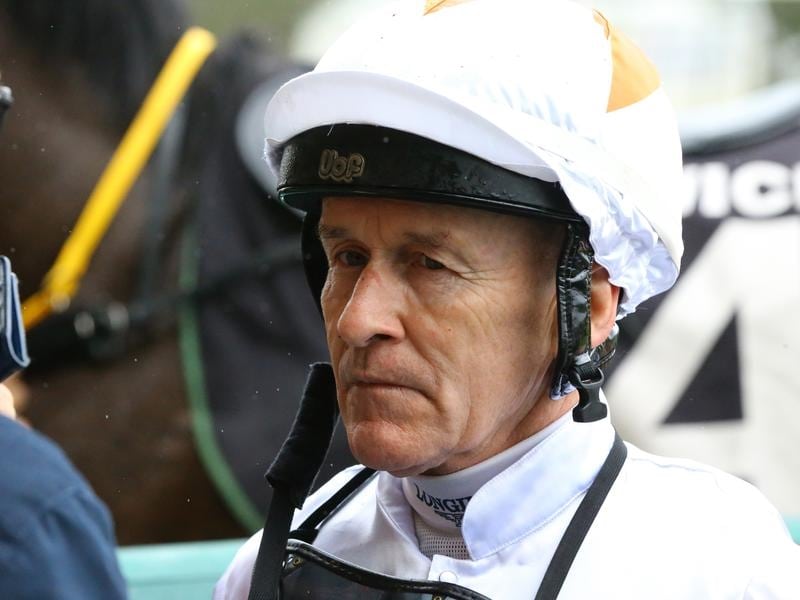 Champion jockey Jeff Lloyd has made a successful return to Queensland after a trip to his native South Africa.

Lloyd who has already sewn up his third-straight Queensland metropolitan title had not ridden in Australia since the Tatt’s Tiara meeting at Doomben on June 23.

He did ride at a meeting Africa where he won one event and was second in the country’s premier race, the Durban July last week.

The 57-year-old, who is expected to announce the exact date of his pending retirement soon, arrived home on Tuesday and was offered rides at the Grafton meeting on Wednesday.

Lloyd had ridden Asharani when she won a trial at Caloundra last month and committed to the ride.

Trainer David Vandyke has a big opinion of Asharani who will head to city races.

“Her dam Fuji Dancer ran fourth in the VRC Oaks so we expect she will get further,” Vandyke said.

Apprentice Corey Bayliss showed he was ready to take on metropolitan racing full time when he won on Satyricon ($1.85) for trainer Chris Munce.

Bayliss,19, the son of jockey Shaun Bayliss, has ridden 110 winners in wide ranging areas of the state.

He has picked up some good rides on Saturday at Caloundra including top mare Tumbler who is odds-on favourite for the Benchmark 90 race.

Satyricon is raced by Max Whitby who also heads the syndicate which races the Munce-trained First Crush.

“First Crush is in the Grafton Cup on Thursday so let’s hope it is an omen,” Munce said.