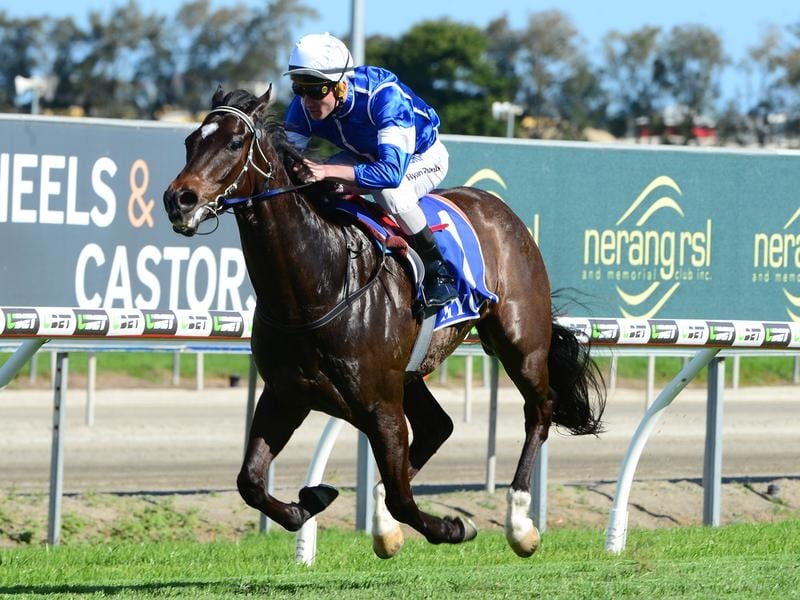 Champion Brisbane jockey Jeff Lloyd has again had punters asking why he is retiring after producing another clever ride to win on Korodon at the Gold Coast.

Lloyd, the winner of the past three Queensland metropolitan premierships, has indicated he will retire this season but exactly when is a closely guarded secret.

The decision to retire certainly isn’t for lack of form as Lloyd recorded his 26th metropolitan winner of this season when he caught rival jockeys napping on Korodon ($3.40) in the Honto and OO Bars Handicap (1800m) on Wednesday.

When the pace slackened, Lloyd whipped around the field at the 1000m and Korodon was never headed again.

Korodon is owned by Neville Morgan who is a long-time client of trainer Chris Waller and his Queensland manager Paul Shailer said the horse had had some injury problems.

“His previous two runs up here were handy and today might have given him the confidence to go to a Saturday race at 2000 metres or 2200m,” Shailer said.

Tarrant took a two-month holiday in June and has only been back riding for three weeks.

He has had a stop-start career since emerging in 2014/15 and winning the Group Two Villiers and Magic Millions 2YO Classic.

But he is determined to get back towards the top in coming weeks.

I’m Antman is one of only two horses trained by Caloundra’s Kevin Sempf who has been a great supporter of Tarrant.