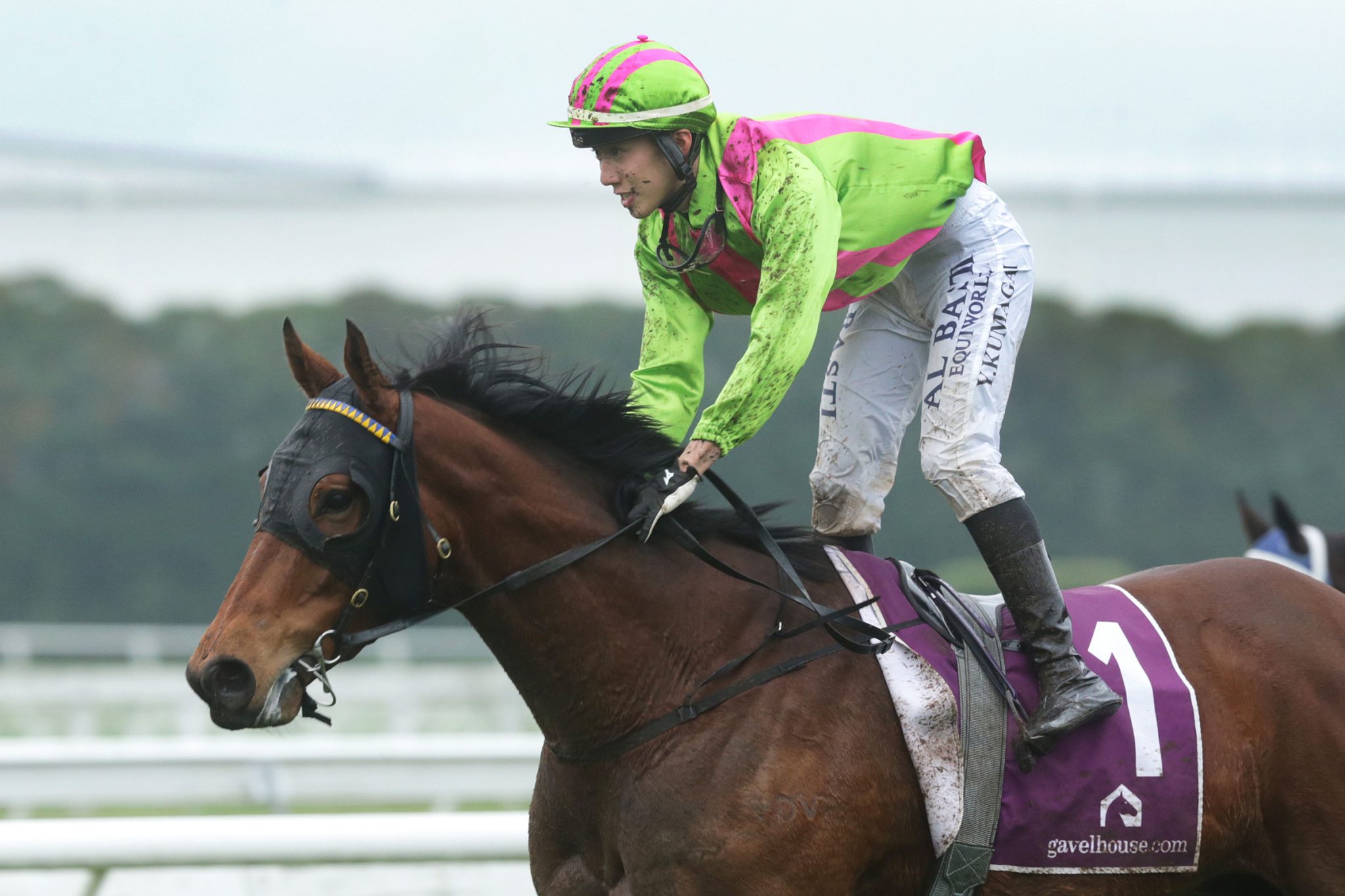 Kumagai scored his latest victory at Te Rapa on Saturday, guiding Canny Man to an easy victory in a Rating 65 event over 1300m for his employers, Lance O’Sullivan and Andrew Scott.

And with more chances coming to him as trainers seek his 4kg apprentice allowance during the winter months, Kumagai is hopeful he can achieve his first immediate goal – and put himself in a position for his second.

“Winter is giving me a good chance. This season, I want to ride three more winners, and take my claim down to three kilos,” Kumagai said.

“After that, I want to keep riding and keep riding winners, and next season, hopefully, I can be champion apprentice. That’s what Scotty and Lance have told me I should be aiming for.”

Kumagai arrived in New Zealand from Japan in 2018 with some showjumping and dressage experience but none as a race jockey. But he was determined to give himself a chance, and after arriving in Cambridge, it was suggested he inquire with O’Sullivan and Scott about joining their team.

After a long period learning, he climbed aboard a horse for the first time in a race in May last year, partnering Patch Pride to victory at Matamata at his first attempt.

This season he’s gradually improved, and his victory on Canny Man was his sixth for the season, from 64 raceday rides.

“The horse is an honest horse who tries hard all the time and I thought he was a good chance, but with the heavy track I had a question mark as well,” he said.

“But when I was going to the gate his action was nice so I thought he could handle it. After the jump I didn’t have to ask him to go hard but he was still travelling well, and once he got clear he kept going very strongly.”

Kumagai paid tribute to O’Sullivan and Scott for their help during his time in New Zealand, and said fellow Japanese apprentice Taiki Yanagida had also helped him hone his riding skills and his fitness.

“They have been very helpful to me and I feel very lucky,” Kumagai said.

Kumagai will get a good chance to expand on his win tally when he climbs aboard five horses at Pukekohe on Wednesday.

His best chance comes with his first ride of the day, Winexpress in a two-year-old 1200m contest. Trained by O’Sullivan and Scott, Winexpress is one of just two winners in the race, having scored easily at Avondale last start.

“He had his most recent gallop last Tuesday on the course proper at Matamata and he went super,” Kumagai said.

“He needs to learn to relax but he goes well on a wet track and he should be a great chance.”

In the following race he rides the Stephanie Tierney-trained three-year-old filly Serena’s Spirit, who improved greatly from an unplaced debut to run fourth at her only subsequent start, at Pukekohe on May 28 in Kumagai’s hands.

“She ran very well last start and she’s improving all the time.”

Kumagai then rides Viper, a mare without much recent form and whom he knows very little about from Davina Waddell’s stable, in a maiden 1600m event, before joining forces with Five Schillings for Amy Doran in a Rating 65 1600m contest.

“She hasn’t raced for a little while but I rode her in a trial last week on the Cambridge synthetic in which she came second,” he said.

“She gave me a great feeling so hopefully she can do something at Pukekohe.”

In the last race of the day, Kumagai is joining forces again with his bosses, riding Te Atatu Pash in a maiden 1600m race for Wexford Stables.

She has only raced once, tailing a field at Rotorua back in March after being hampered on jumping, but Kumagai said she had improved with further training and trials.

“I think she is a heavy tracker,” he said. “I rode her last Saturday and again today and I think she’s in very good shape. I think she can run well.”

Kumagai follows racing in his homeland very closely, despite having had limited contacts in the industry.

“There are a few people I know that work at JRA race tracks, but otherwise I don’t know too many people there,” he said.

“One day I want to ride in Japan, but not for a long time,” he said.

“I really like New Zealand and I want to keep riding here and learning here and win as many races as I possibly can.”