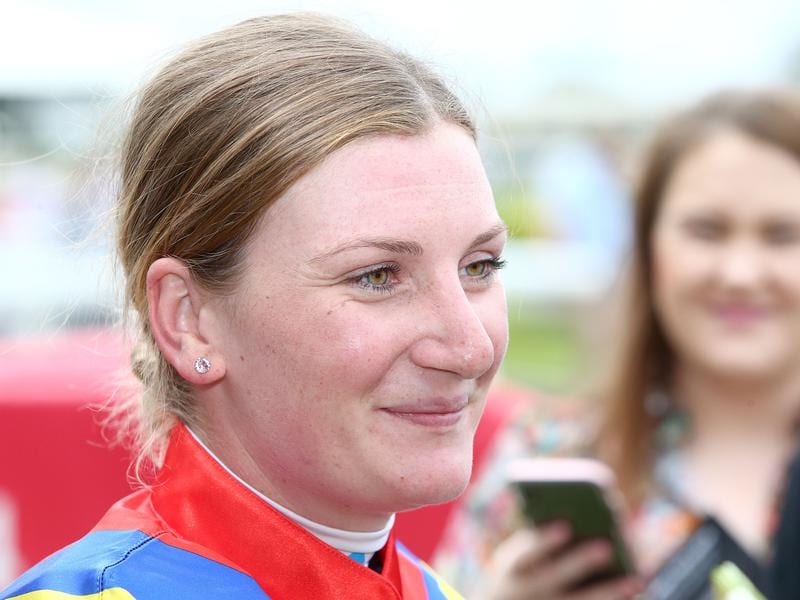 South Australia’s premier jockey Jamie Kah is the latest high-profile racing participant to leave the state in search of better opportunities, including an elusive Group One win.

Trainers Lloyd Kennewell and Phillip Stokes have set up bases at Caulfield and Pakenham respectively.

Stable jockey Joe Bowditch has also made the move while apprentice Kayla Crowther has joined Stokes at Pakenham.

Kah, who had a stint in Melbourne as an apprentice, has been booked for four rides at Thursday’s Geelong meeting.

“The move to Victoria has always been on the agenda for Jamie,” Kah’s manager Nick Pinkerton told RSN927.

“She has had a stellar three or four seasons in a row now and she’s closing in on 500 winners over the last three-and-a-half seasons and she just feels the time is right.

“She had a cracker December, riding 19 winners during the month, and on the back of three Group One placings last year she is keen to get that maiden Group One under her belt.

“She just felt a move to Melbourne would be something that would position her best to make that happen.

“Like any professional athlete, Jamie is keen to test herself at the top level. The deeper riding ranks and the professionalism of Victorian racing is definitely something Jamie feels offers her upside and she’s keen to get amongst it and see what she can do.”

Kah is booked for rides at Strathalbyn in South Australia on Wednesday before competing at Geelong where her rides include one for the powerful Lindsay Park stable and two for Caulfield trainer Andrew Noblet.

The jockey, who has ridden 77 winners this season to be third on the national premiership, is scheduled to ride at Flemington on Saturday.