Jamie Kah Back On Mintha For Valley Race 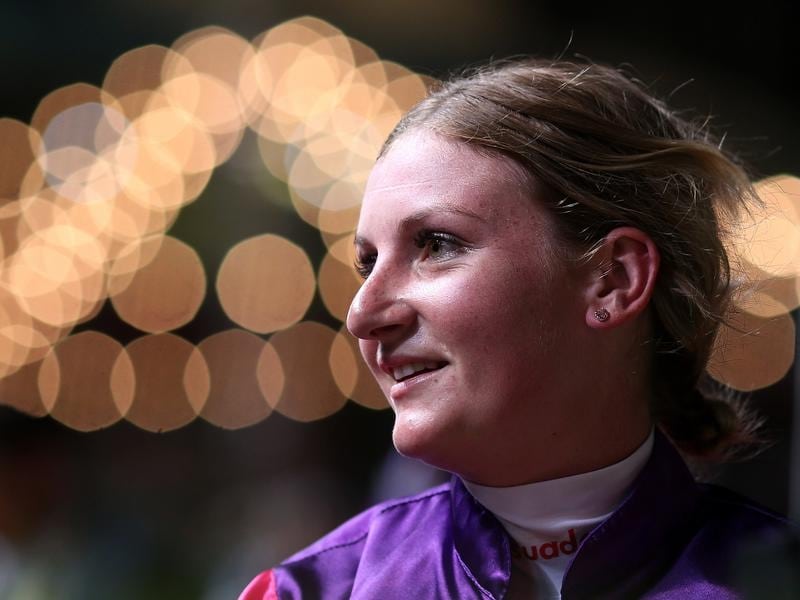 Jamie Kah will reunite with talented filly Mintha when South Australia’s premier jockey makes the trip to Melbourne for the midweek meeting at Moonee Valley.

Kah has ridden 141 winners this season and heads to Moonee Valley for Wednesday’s meeting having been booked to ride the Tony McEvoy-trained Mintha and Russell Osborne-trained Beautiful Bee.

Both fillies are early favourites in their respective races.

Kah rode Mintha to a 9-1/2-length win in a 1400m maiden at Balaklava two starts ago before the filly charged home for third, with Beau Mertens aboard, at Flemington last start.

Mintha was entered to race at Flemington last Saturday over 1600m but drew a wide barrier and McEvoy opted to wait for Wednesday’s Moreton Hire Handicap (1600m).

“From barrier 15 she was going to have a lot to do so Tony just had a back-up plan with this race in mind,” McEvoy’s Melbourne foreman Michael Shepherdson said.

“When she drew 15 he decided to scratch her pretty early and save her for this where she has luckily drawn a nice barrier (one).

“Jamie is coming over to ride her and she rode her when she won impressively in the maiden two starts ago, so they get on pretty well together.

“From the nice barrier she’ll probably be able to race a little bit closer without having to pressure her to hold a spot, hopefully.

“And she looks a good chance again.”

Mintha, who was the $1.90 favourite on Tuesday, will be tried over 1600m for the first time this campaign having raced twice over the distance last preparation when fifth in the Group One Thousand Guineas at Caulfield and last in the Moonee Valley Fillies Classic.

Shepherdson said Mintha had come to the end of her preparation when she failed in the Fillies Classic, while her only other start at Moonee Valley was a second to Houtzen in the Group Three Champagne Classic (1200m) last September.

“If she can take that form to a midweek meeting we’ll be pretty happy,” he said.