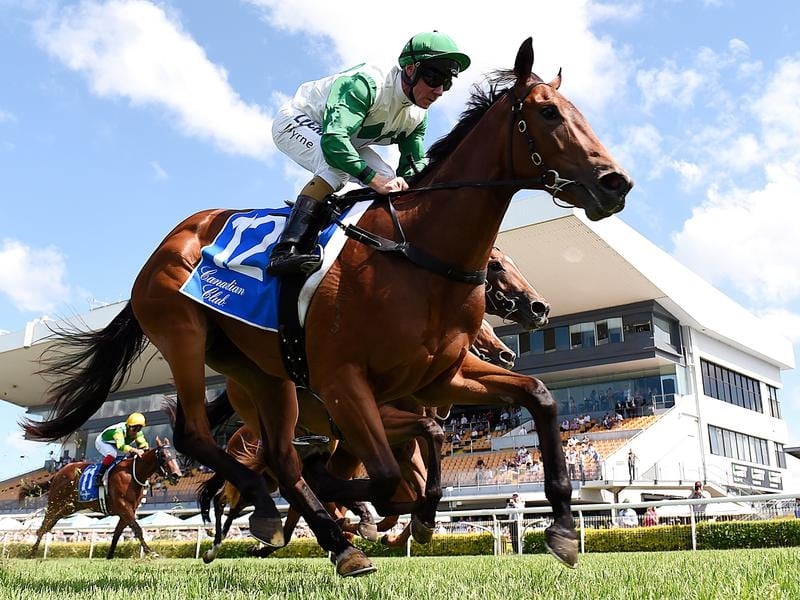 Brisbane trainer Tony Gollan has been quick to book James McDonald to replace the injured Blake Shinn on Outback Barbie in the Silver Shadow Stakes at Randwick.

Outback Barbie was a stakes winner in the Brisbane summer and finished third in both the Magic Millions 2YO Classic at the Gold Coast in January and Percy Sykes Stakes at Randwick in April.

The filly won a trial at Doomben three weeks ago and Gollan elected to head straight to Sydney for the Silver Shadow Stakes (1200m) on Saturday.

Gollan booked Shinn last week but the jockey is out for at least three months with a serious neck injury after a fall in a barrier trial in Sydney on Monday.

“It was unfortunate for Blake and I was looking forward to him riding for us. But we were actually watching the trials in the office so we knew he was in trouble and got on the phone,” Gollan said.

“James is obviously an international class jockey and we were lucky to get him.”

Gollan has eased his other top three-year-old Ef Troop with the aim to try him on the straight course at Flemington.

Ef Troop had no luck when second first-up at Doomben on Saturday when he came from the outside barrier and carried 60kg.

“Things just didn’t work out. But I was pleased with the run as he had a lot go wrong and still ran through the line,” Gollan said.”

“He can have five days out at a farm and then come back to race again in about five weeks.

“I am keen to run him in the Danehill Stakes (September 15) because I think his racing style will suit the straight races at Flemington.”