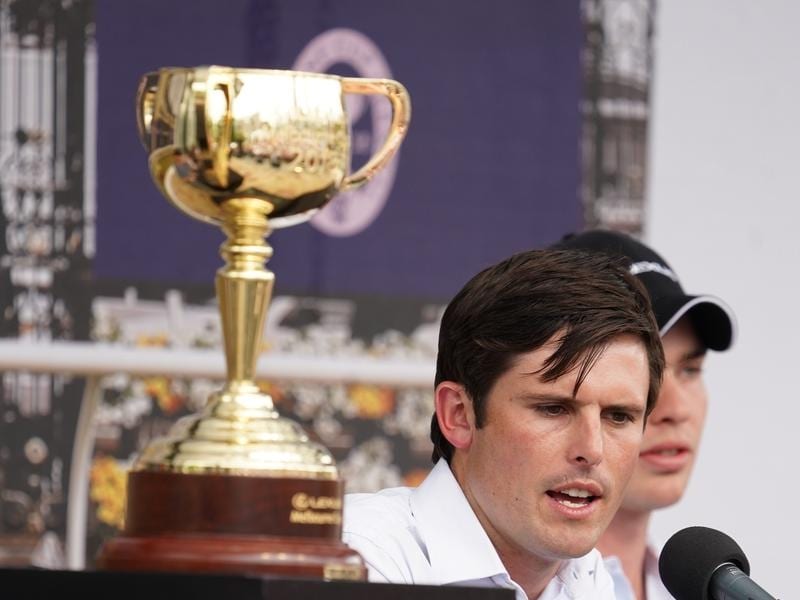 His grandfather Bart won a record 12 Cups to become known as ‘the Cups King’.

On Tuesday, James Cummings will saddle up Avilius, one of the main chances in this year’s Melbourne Cup, with the opportunity to add to his family’s rich history in Australia’s most famous race.

The 30-year-old says he has to be careful to ensure sentiment is left out to ensure import Avilius has had the best preparation to be in peak condition on Tuesday.

But Cummings has also given an indication of what the race means.

“I think it’s the greatest race we’ve got in the country,” Cummings said.

“And for that reason I think winning that race would mean more than any other race.”

Cummings is in his second spring carnival as the head trainer in Australia for Sheikh Mohammed’s Godolphin operation and the Melbourne Cup carnival has started in memorable fashion for the stable.

Cummings trained a winning treble on Saturday’s Victoria Derby program, highlighted by Best Of Days’ Group One win in the Kennedy Mile.

“We had a red-letter day for the stable and I’m really proud of the guys and I’m just impressed how the horses were just perfect on the day,” Cummings said.

“But on Tuesday, these results will mean nothing and we start again.”

Avilius won a ballot exemption into the Cup with victory in The Bart Cummings at Flemington last month, a race named in honour of James Cummings’ late grandfather.

Cummings believes Avilius has had the right grounding for the Cup, coming through the Cox Plate (2040m) last start when fourth to Winx, Benbatl and Humidor at weight-for-age and he drops back to handicap conditions on Tuesday.

“He looks strong, healthy, strong in the legs and he’s coping with the work.

“He’s just copping everything we’ve thrown at him this preparation.

“Of course I am (excited about his chances) but I’ve also got my feet on the ground with the competition and the strength of the race and the difficulty of running well, let alone winning.

“We’re just focused on the horse and making sure he’s right on the day.”

Avilius, to be ridden by Glyn Schofield, will be racing over 3200m for the first time.

“He’s had the preparation for it,” Cummings said.

“So I think there’s no point worrying about it until he has a red-hot go.

“We have a huge amount of respect for the opposition and as far as handicaps go this is the greatest test our horse has had all campaign.

“But we have a bit of faith in Avilius. He’s won four out of five this time in and he was a strong winner with a big weight in The Bart Cummings two starts ago over 2500 metres at Flemington.

“It just looks really nice coming back there for the two-mile grand final.”