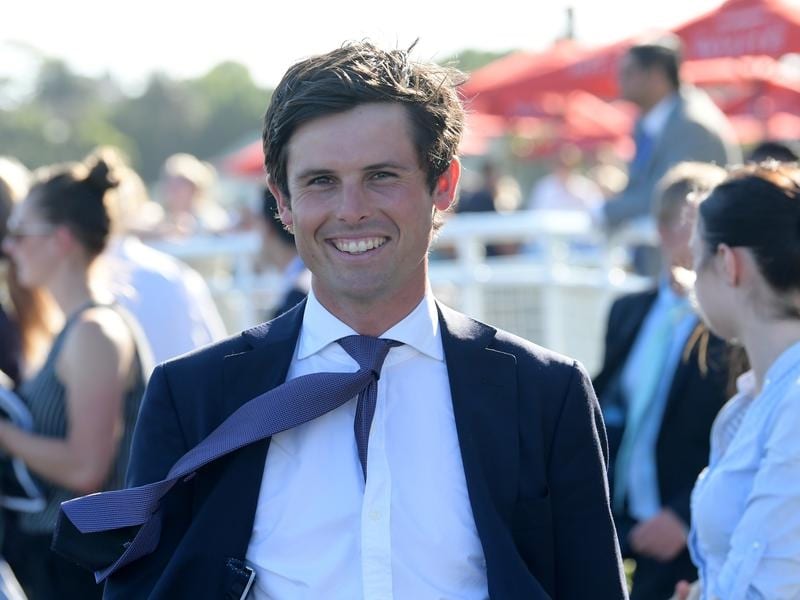 Cummings is quietly confident he can join his grandfather, the legendary Bart Cummings, as a Magic Millions Classic-winning trainer.

Godolphin’s Exhilarates will be the global operation’s first runner in the Classic on Saturday, a week after winning her way in via the two-year-old race at the Gold Coast.

James Cummings has been on the Gold Coast overseeing Godolphin’s team which is also likely to include Tally (Trophy) and Manicure (Fillies and Mares) with both gaining wild card entries.

The trainer is not feeling pressure about his first Magic Millions Classic having already overcome one major obstacle.

“I have already done the Gold Coast theme park circuit with the kids and believe me that is stress,” Cummings said.

Exhilarates is one of a handful of horses in the Godolphin stable that are not home-breds.

She has shortened to $8 for the Magic Millions Classic (1200m) but is expected to start even shorter if she draws a good barrier on Tuesday.

“She was poised before the turn and then let down sharply. It looked like the performance needed from a two-year-old who is backing up in seven days,” Cummings said.

“The Millions looks an open race but she is a fit horse with good form.”

Cummings said he was pleased with the decision to run Exhilarates on Saturday.

“It was a run she needed. Exhilarates wouldn’t have been ready for the Millions without it,” he said.

Exhilarates’ jockey Kerrin McEvoy believes the filly will be even better on Saturday.

“I had the race under wraps from the 500 metres onwards,” McEvoy said.