Jameka Plans Still To Be Determined 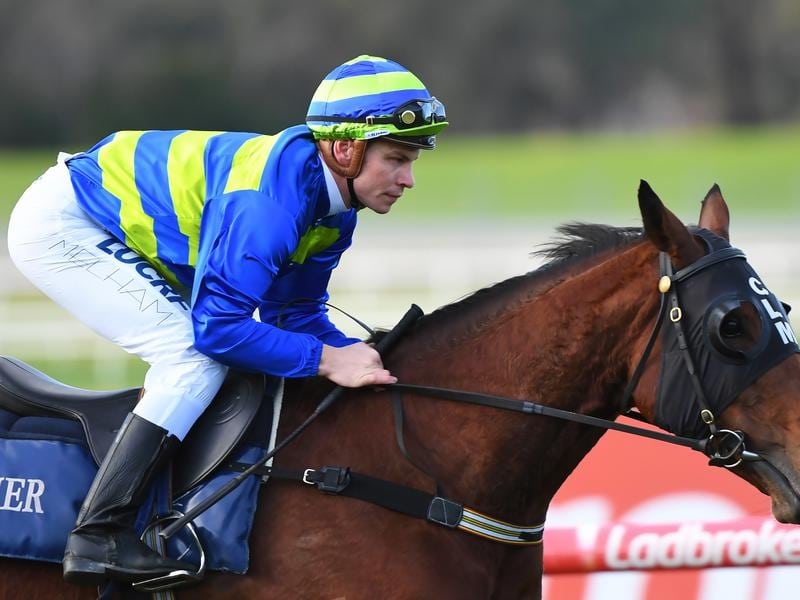 A decision is pending whether star mare Jameka will make a return to racing in the P B Lawrence Stakes.

Jameka has not raced since winning the Group One BMW (2400m) in Sydney in March last year, after which she suffered life threatening travel sickness, but the six-year-old has been nominated for Saturday’s Group Two 1400m weight-for-age race at Caulfield.

Co-trainer Ciaron Maher told Melbourne radio station RSN927 on Tuesday morning a decision would be made after a discussion with her owners.

“I’ll sit down with Colin and Janice McKenna and we’ll weigh everything up and make a decision.”

The McKennas paid $2.6 million at the National Broodmare Sale to buy out their previous partners in Jameka who has been back in work in recent months with a view to a possible return to racing.

The mare had a jump-out at Caulfield last month and a barrier trial at Cranbourne last Monday week with Maher admitting he expected to see more from her.

But he said on Tuesday the triple Group One winner usually improves throughout a preparation.

“She does her trackwork fine. She’s a high-quality mare and you’re not putting them under that race pressure on the (training) track,” Maher said.

“And she’s a mare that improves all the way throughout her campaign. Her last run is usually her best.

“So there’s a bit to stew over.

“She’s certainly come up well. She came through her trial well. I thought she could have done a little bit more but she improves all the way through. She’s had a good bit of time off and she was quite sick, so there’s a little bit to weigh up.

“There’s the breeding season upon us as well. So we’ll sit down and weigh everything up.