Jameka Gallops Between Races At Sandown 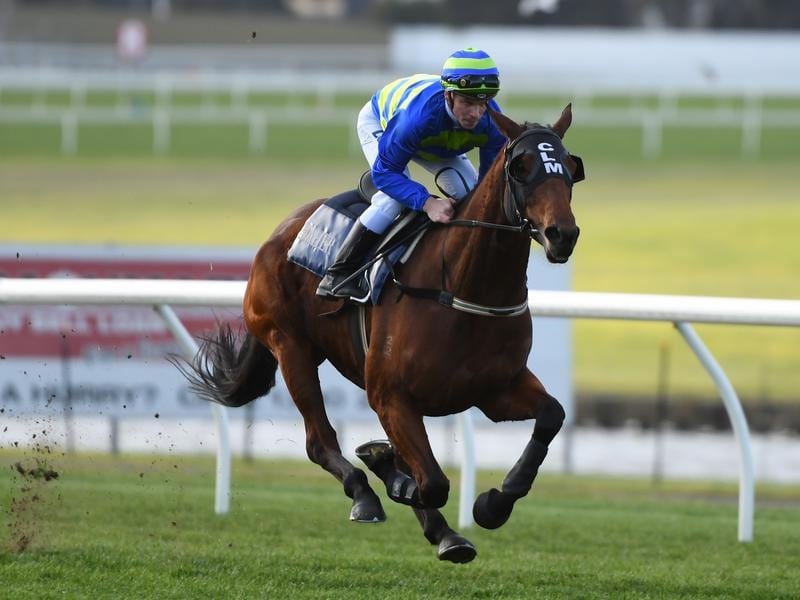 Jameka has taken another step on her way to a return to the racetrack with a gallop between races at Sandown.

The 2016 Caulfield Cup winner was to have galloped at Sandown on Wednesday morning with one of Henry Dwyer’s team to help determine the track rating, but that was abandoned after part of the running rail blew down overnight.

Trainer Ciaron Maher was given permission by Sandown track manager Tim Bailey to instead have Ben Melham gallop her between races which assistant trainer Dave Eustace said proved most beneficial.

“She came here to get the blood up and bring her on at a strong racecourse gallop,” Eustace said.

“She moved great and had a huge action. She’s pulled up good in the wind so all-in-all we’re very happy.

“Ciaron’s been delighted with her but we’re stressing that it’s week by week with her.

“It probably benefited her coming here with the crowd and a bit of activity at the stalls as it got the revs up a bit more.”

Maher took a tumble from Jameka last week and subsequently underwent surgery on a broken femur.

Eustace said provided Jameka was in good order over the coming days, she would progress to a Caulfield jump-out next Tuesday before a Cranbourne trial on August 6.

Jameka hasn’t raced since winning the 2017 BMW at Rosehill after which she was struck down with travel sickness.