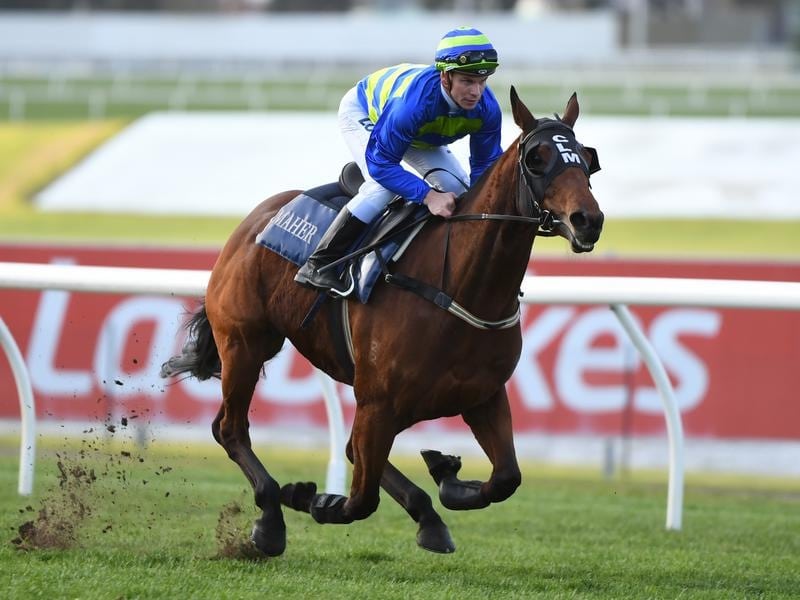 Caulfield Cup winner Jameka has taken the next step in her preparation by competing in a jump-out but a decision on whether the star mare will return to racing is yet to be made.

Jameka had a solo gallop between races at Sandown last Wednesday and stepped out in an 800m jump-out at Caulfield on Tuesday morning with Mark Zahra aboard.

The rising six-year-old finished fourth in the field of five and is expected to be given a more serious test in an official barrier trial at Cranbourne on August 6.

Trainer Ciaron Maher said a decision on Jameka’s racing future would not be made until after the Cranbourne trial.

“Mark was happy enough with her.

“I’ve always said we won’t make any decision until the next one when she trials at Cranbourne, but she seems to have come through the jump-out in pretty good order.

“She had a bit of a blow and we’ll see how she pulls up tomorrow, but on face value she seemed fine.”

Jameka has not raced since her dominant win in the Group One BMW (2400m) during the 2017 Sydney autumn carnival, having suffered travel sickness after that race.

The 2016 Caulfield Cup winner went through the ring at the National Broodmare Sale in May at the Gold Coast where Col McKenna bought out his other partners to retain the mare.