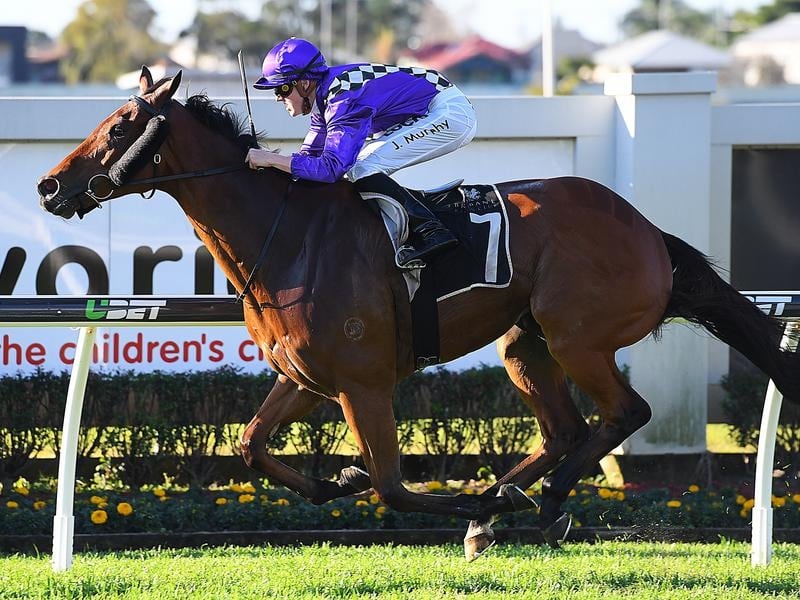 Tarzan is poorly drawn in barrier nine which his trainer Stuart Kendrick thinks is a major disadvantage for his racing style.

“It is well documented that Tarzan likes to get out fast, lead and dictate races,” Kendrick said.

“It will depend if a couple try to kick up inside him.”

“But with Jackson’s three kilogram claim Tarzan gets in with only half a kilo over the limit. It isn’t bad for a stakes winner (Queensland Lightning). Anyway he can run Saturday and have a break.”

Kendrick will also saddle up short-priced favourite Italia Bella in the Class Three Plate and expects her to race well.

“The key is a dry track and she should get that,” he said.

Murphy won a 1350m-race on Sabkhat last week when the gelding had only 51 kg after his 3kg claim.

Sabkhat is handicapped on 59kg on Saturday and O’Dea expects him to go well again now that he is back up over 1600m.

Gold Coast trainer Scott Morrisey will have two of the five runners in the Three-Year-Old Handicap (1630m) with Pumps and Lucap to take their places.

Pumps will be attempting to break a run of three seconds, his most recent to VRC Oaks-ound Miss Quaintly which has earned him top weight of 59kg.

Morrisey has resisted the temptation to claim on Pumps who will be ridden by senior jockey Ron Stewart.

“As it turned out there isn’t much between top and bottom weights in the race. It can be tricky to ride in small fields and Ron is very experienced,” Morrisey said..