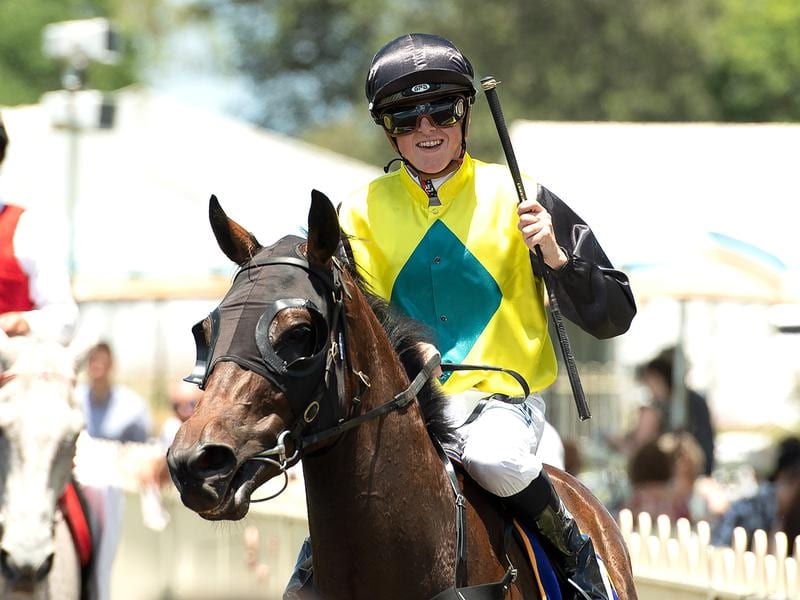 Brisbane’s leading apprentice Jackson Murphy has been cleared of serious injury after being taken to hospital following a fall in the middle stages of the Group Three Vo Rogue Stakes at Doomben.

Murphy, who had ridden a winner on Brains earlier on Saturday, was tossed from Granny Red Shoes near the 650m mark and landed heavily, hurting his right hand.

He spent the night in the Royal Brisbane Hospital as a precaution and was discharged on Sunday.

Murphy’s master Chris Anderson said X-rays had found no break in Murphy’s hand but there was some trouble with ligaments in his right thumb.

“He has stood down from riding at the Sunshine Coast on Sunday. We will just have to play it by ear to see if he can take his rides at Beaudesert on Tuesday and Doomben on Wednesday,” Anderson said.

“We will probably make a decision on Monday afternoon.”

Anderson said Murphy had been lucky in what was a nasty fall.

“I was at home watching the race and as soon as he fell I told my wife to get the car ready so we could go to the hospital it looked that bad. But thankfully it has been a positive result,” he said.

Stewards will complete an inquiry into the fall when Murphy is available.