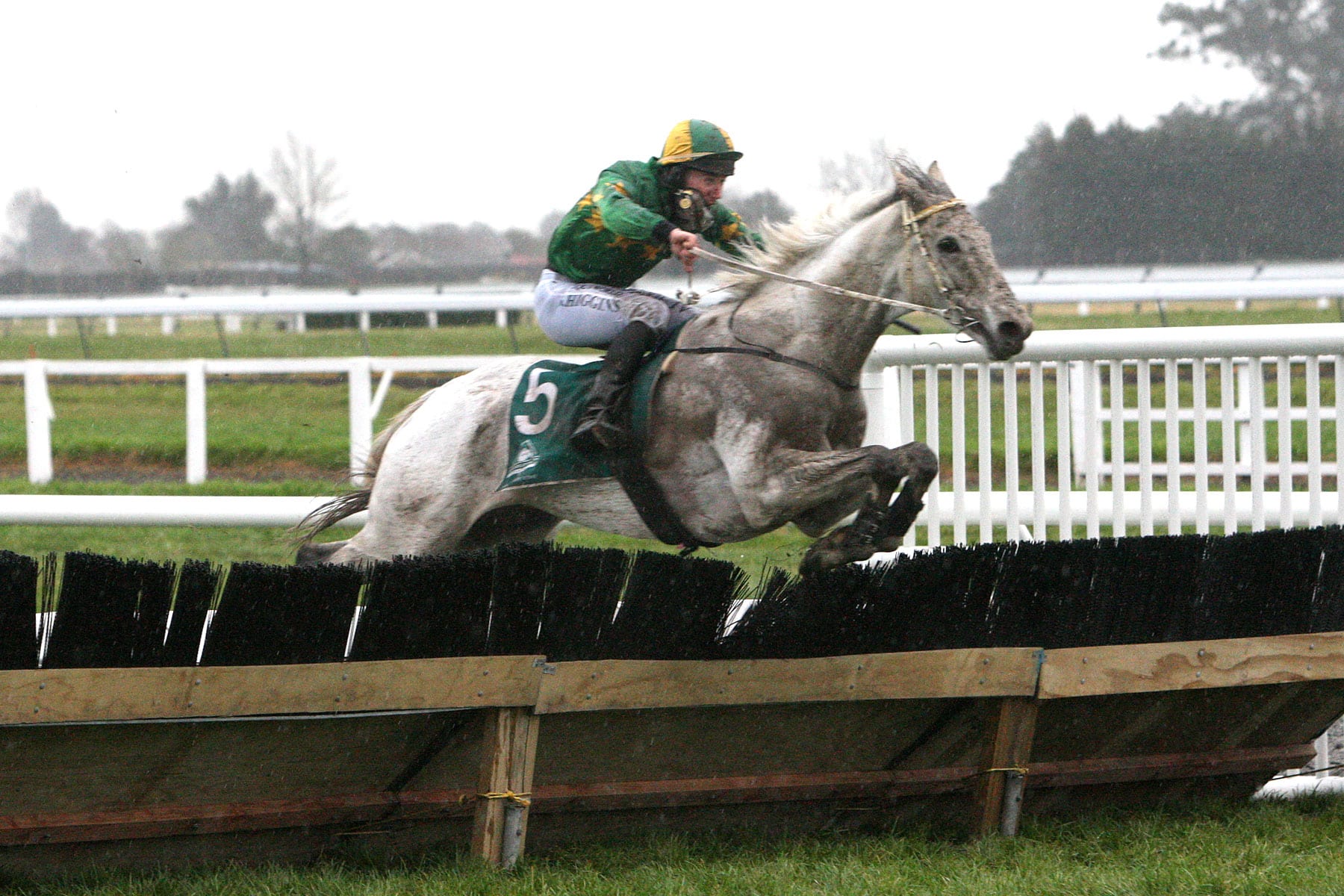 Talented hurdler Jackfrost will make his long awaited return to the jumping scene when he runs in the Harold Pateman Hurdles (3000m) at Phar Lap Raceway on Friday.

Two years ago the Brian and Shane Anderton-trained gelding headed to Victoria to try and plunder some of their rich jumping features, however, his campaign was cut short when he injured a suspensory ligament in training.

“He went to Australia to run in the National and we had to scratch him,” Brian Anderton said.

“He damaged a ligament when he was schooling, but he had stem cell treatment and he has had the right time to get over it.

“He has done a lot of time behind the trotters up at John Howe’s place, who part-owns him.

“He has had a lovely preparation.”

The 10-year-old has had three runs on the flat since his return and while he has finished at the rear of the field in all three appearances, Anderton has been pleased with his progress ahead of his jumping resumption.

“He had been flat keeping up, but you would expect that,” Anderton said. “He is coming up alright, we are happy with him at the moment and there are no signs of any problems.

“Whether he is still up to the ability he had two years ago we are not sure. We will get a good idea of what is happening after Friday.”

Jackfrost has won five of his nine hurdle races, including the Grand National Hurdles (4200m) and Great Northern Hurdle (4200m), and while they remain his ultimate goals this year, Anderton said he will just take it one race at a time.

“The National and Northern, which he won a couple of years ago, would be his main targets, but there is no way we are going to hurt the horse,” he said.

“If he doesn’t come up, he has done a great job for us. But I am not looking that way, Shane and I are both confident that he is doing alright and hopefully it is onwards and upwards.”

Anderton will also line-up a handful of other runners at Timaru on Friday, including Crispin and last start winner Raise Ya Cards in the NZB Insurance Pearl Series Race (1600m), and Eavesdrop in the Equine Veterinary Services Mile (1600m).

“Crispin has got a chance in the fillies and mares race,” he said. “Raise Ya Cards has taken a step up, it took her a long time to win her maiden but hopefully now she carries on.

“Eavesdrop has had her foot on the till for a while now so hopefully she will be a good runner.”