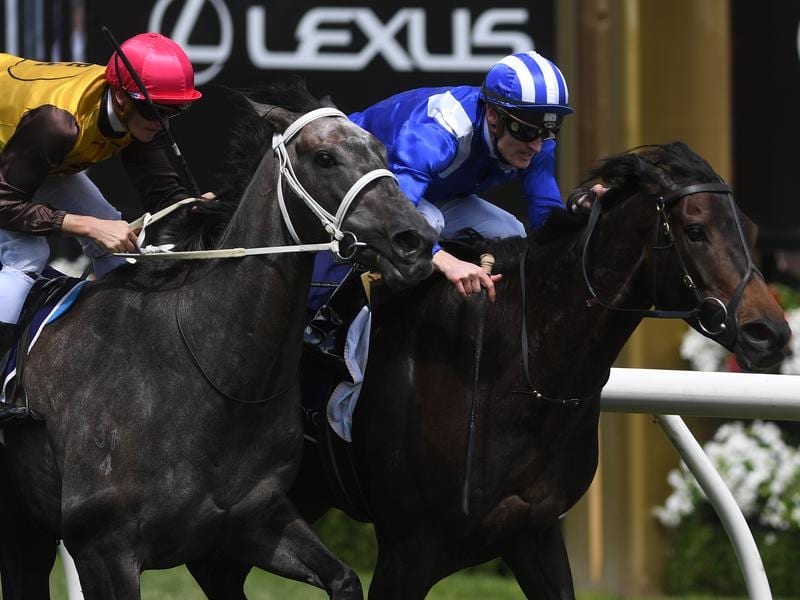 After just falling short of forcing his way into the Melbourne Cup, imported stayer Jaameh has claimed a consolation with a fighting victory in the Group Three Queen Elizabeth Stakes at Flemington.

The Lindsay Park-trained Jaameh finished a close second in The Bart Cummings at Flemington earlier this spring and then was third in the Lexus Stakes last Saturday, with both those races carrying Melbourne Cup ballot exemptions to the winner.

After being balloted out of the Cup on Tuesday, connections reset their focus to Saturday’s $300,000 Queen Elizabeth (2600m) and Jaameh, the $3.30 favourite, rallied strongly under Mark Zahra when it mattered to fight back and beat Sully ($10) by a half-head.

Libran ($8) led in the rest of the field in third, another two lengths away.

Along with the $180,000 first prize money, Jaameh also earns a $100,000 bonus which was on offer to the winner if they had been balloted out of the Melbourne Cup.

Co-trainer David Hayes hopes Saturday’s victory lifts Jaameh’s rating enough for inclusion in next year’s Melbourne Cup while in the shorter term the Sydney Cup in the autumn shapes as an option.

“He’s a genuine two-miler who we haven’t got to two miles yet,” Hayes said.

“I think he would have been a top five finisher in the Melbourne Cup.

“He’s a real stayer and what won that race today was his staying ability. He was beaten and then he really stuck on.”