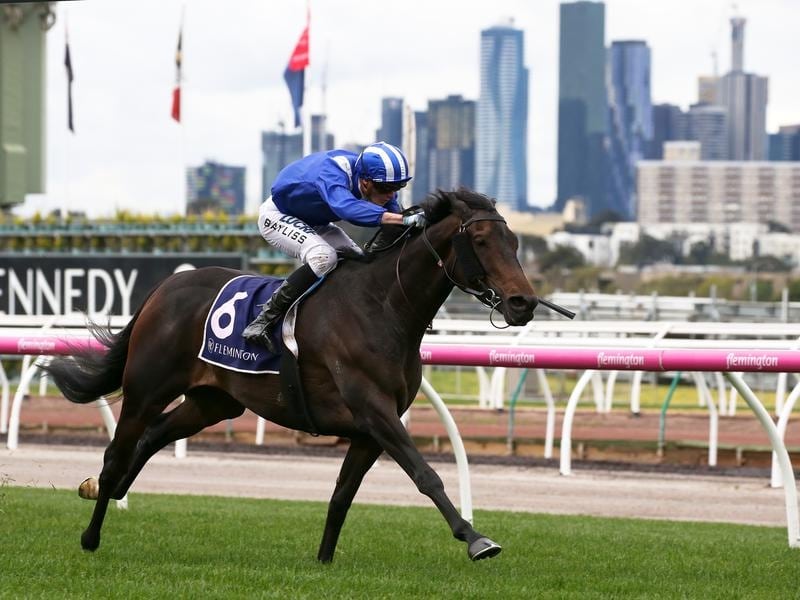 David Hayes fears the in-form Avilius in The Bart Cummings at Flemington but is confident he has Jaameh in the right shape for his attempt to win his way into the Melbourne Cup.

Saturday’s Group Three Bart Cummings (2500m) doubles as a qualifying race for next month’s Melbourne Cup, with the winner earning a ballot exemption into Australia’s most famous race.

Jaameh was sent to Australia as a Cups prospect but is well down the Melbourne Cup order of entry with 50kg, heightening the importance of Saturday’s race.

“I don’t reckon you’ll see a horse in the parade ring with as good a coat,” senior Lindsay Park trainer Hayes said.

“He’s got a very good horse to beat but if he does beat him he’s qualified for the Melbourne Cup and he’s on the minimum weight. So it’s an important race for us.”

Jaameh has three wins from his five Australian starts, two at Flemington over 2510m and 2500m respectively.

To be ridden by Michael Walker, Jaameh was at $11 on race eve with the James Cummings-trained Godolphin import Avilius the $2.15 favourite.

“If the favourite wasn’t in the race I would be keen on him,” Hayes said.

Avilius has impressed with three-straight wins in Sydney since arriving in Australia and is currently the equal $13 favourite for the Melbourne Cup.

In between his two Flemington wins, Jaameh failed in a 2400m-race at Caulfield and Hayes said it was important for the stayer to get settled in the run to produce his best at the finish on Saturday.

“He’s a horse you must ride very quietly early in a race and then he relaxes and then charges home,” Hayes said.