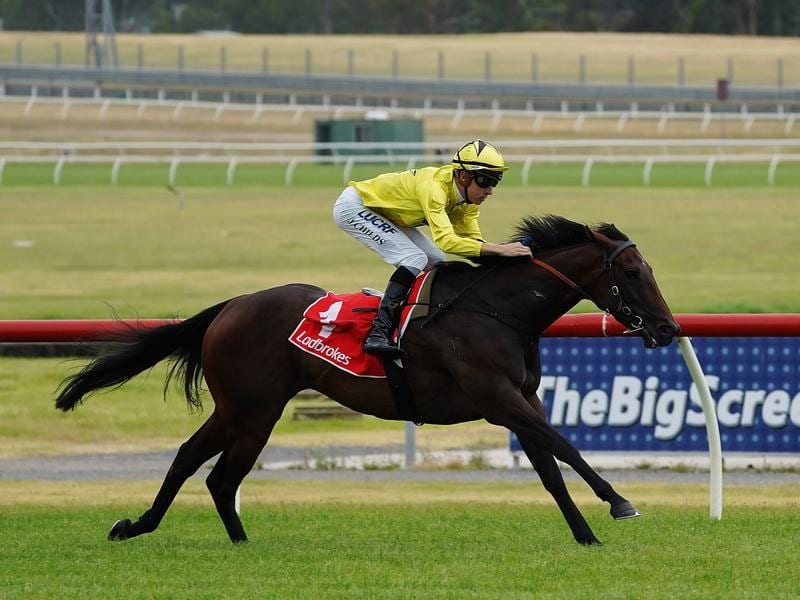 A winning return to racing for lightly raced mare Island Daze at Sandown has come as no surprise to her trainer Grahame Begg.

Island Daze had one unplaced start for Begg at the end of last season after being transferred from the Mick Kent stable before the trainer opted to wait for the summer with the now four-year-old.

In her first start since late July in Wednesday’s Ladbrokes Handicap (1200m) for fillies and mares, Island Daze was sent out the $3 favourite and drew away from her three rivals over the final 200m to beat Soul Star by two lengths.

“She was in A1 order and had ticked all the boxes coming into today,” Begg said.

“Her connections have been patient.

“We put her away after giving her one start and we elected to have her in over these summer months.

“She can certainly gallop and she’s actually matured a hell of a lot.

“She had been doing so well in the stable this preparation and her training on the track has been first class, as good as any horse in the stable has been going.

“We had a pretty good insight that she would run well today.”

Begg said the next plan would be to progress to a Saturday city race with Island Daze who has won three of her seven starts.

Island Daze is a daughter of stallion Written Tycoon who Begg trained early in his racing career.

Written Tycoon is also the sire of Begg’s stable star Written By, the Group One-winning sprinter who is set to have a jump-out at Caulfield next Tuesday ahead of his return to racing early next month.

The Listed WJ Adams Stakes (1000m) at Caulfield on February 2 is scheduled for the three-year-old colt’s return.

“At this stage that’s his plan,” Begg said.

“He’ll go to that race and then it is three weeks to the Group One Oakleigh Plate.

“He is coming up beautifully. I’m really happy.”