Irish Sequel arrives in time to take out Winter Cup 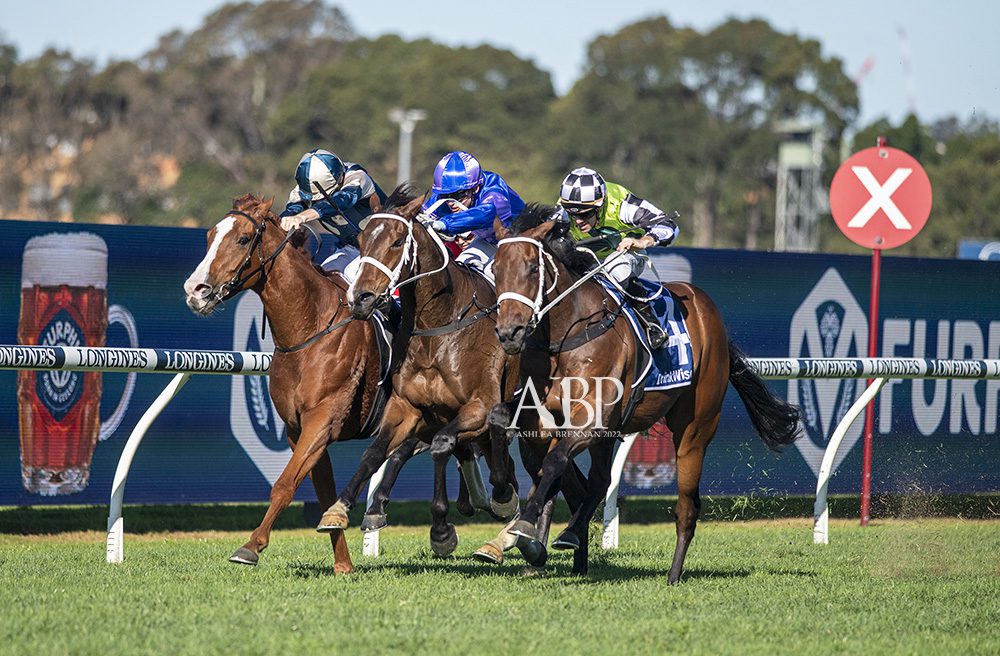 Irish Sequel gave Chris Waller his fifth winner across the country for the day when taking out the Listed Furphy Winter Cup (2400m) at Rosehill Gardens in a thrilling three horse finish.

Getting back on to the top of the ground proved beneficial for the Invincible Spirit gelding who was settled back in the second half of the eight-horse field by Jay Ford before a huge run down the straight for his first Stakes win in a photo.

Short priced favourite Military Mission had the box seat throughout, sitting behind front runner Taikomochi before taking the lead at the top of the straight.

Bonny Ezra who was pulled out from a trailing position claimed the $1.95 favourite with online bookmakers at the 200m before being also being joined by Alakahan who was squeezed through the middle of the two.

When the fast finishing Irish Sequel loomed up on the outside it become a three horse battle over the final 100m.

The Irish import was storming home, ultimately proving too good with an official 0.21 of a length margin to Bonny Ezra with Alakahan a further nose behind in third, leaving Military Mission out of the placings in fourth.

Irish Sequel was a good find for the punters at the $9.50 starting price with online betting sites.