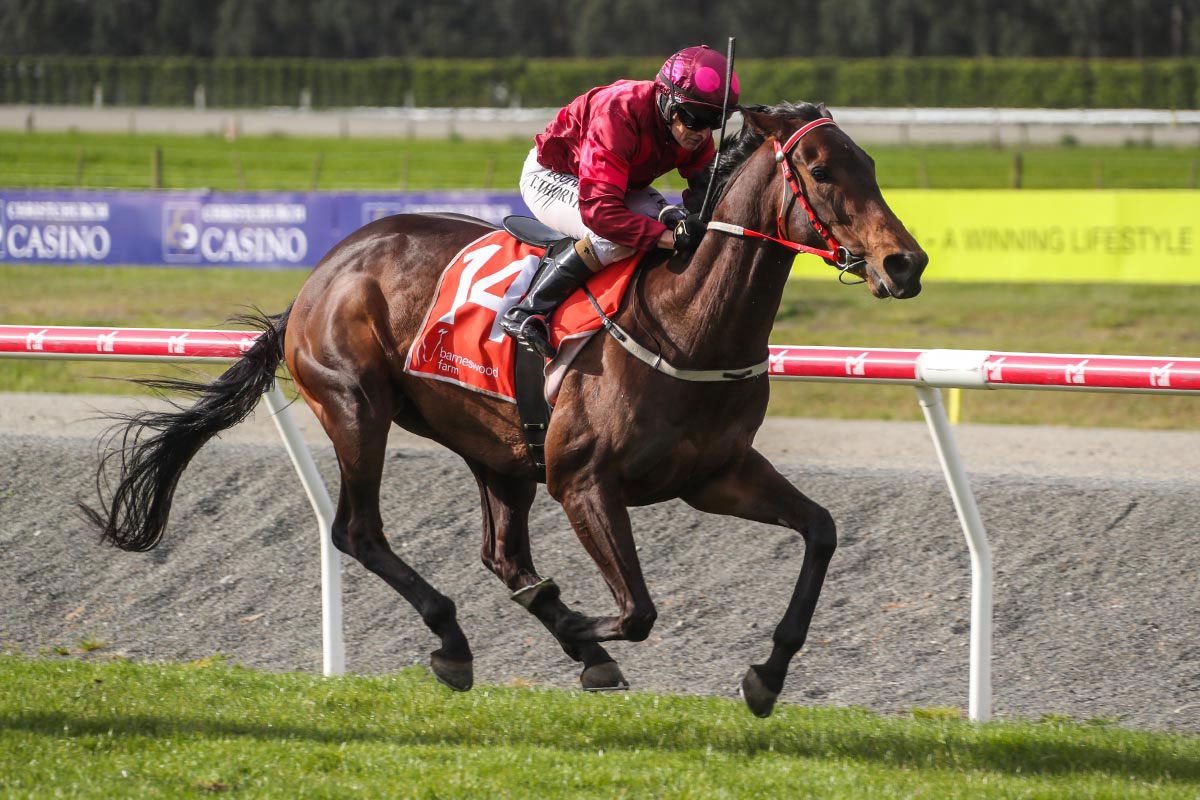 New Zealand trainer Kenny Rae says the blame would rest squarely with his daughter and co-trainer Krystal Williams-Tuhoro if their mare Irish Girl was to be beaten in Saturday’s Group 3 Valachi Downs South Island Thoroughbred Breeders’ Stakes (1600m) at Riccarton.

Rae had hoped to boost his stellar record accompanying the El Roca mare in the south but when the only suitable passage across Cook Strait opened up for Irish Girl early this week, he reluctantly sent Williams-Tuhoro south with her.

“I said to Krystal, ‘gee the pressure is on you. Do you realise how many starts she’s had down south? Four starts for three wins and a second and it was a North Island horse that beat her’. So it will be on her if she gets beaten,” Rae quipped.

A winner of five of her 18 starts, Irish Girl’s four previous starts in the South Island saw her clear maiden grade at Timaru in September 2020, win her next two at Ashburton, then run a gallant second to Aimee’s Jewel in the Group 3 Canterbury Breeders’ Stakes (1600m) at Riccarton at just her sixth start.

The South Island Breeders’ Stakes had always been on Rae’s radar for Irish Girl, with co-breeder and part-owner Vince Roberts mooting last Saturday’s Group 3 Cuddle Stakes (1600m) at Trentham as a suitable leadup.

“Then when they left the fields open at Ellerslie the other day, I said to Vince ‘what’s the point in going to Wellington for NZD$80,000 when we can race at Ellerslie for NZD$70,000?’

“With Ellerslie, it was two weeks in between races, not one week on the road, so it’s fitted in perfectly.”

Irish Girl finished second in her 1400m open handicap at Ellerslie, finishing with the fastest last 200m sectional of the race, her fourth placing at Ellerslie in as many starts.

“It was a really good run but to me it was the run of a horse looking for a mile. Halfway down the straight, she was flat; next thing she’s found another gear,” Rae said.

Irish Girl looks beautifully-placed under the set-weights and penalties conditions of the race in which every horse in the fillies and mares feature will carry 55kg.

“It’s a tailor-made race for her. She’s a 90-rated mare on the same weights as every other horse and none are rated as high as she is,” Rae said.

“To me, if she can’t win that, then she’s not a stakes horse. The only thing I don’t like is the draw. Barrier one late in the day at Riccarton can be a bit tricky but she can lead if she has to. We’ll just see how the track plays. That’s the other thing: if it’s any worse than a slow eight we might be in trouble.

“She’s settled in perfectly but for her it’s a home away from home. She’s been there before and loves it there. Krystal sent me a photo and she looks magnificent.”

“That’s Plan A if she stays in good nick. Otherwise we can freshen her up and bring her home to race at Ruakaka, where she’ll be nicely placed with a claimer on.”