Irish Derby For O’Brien And Williams 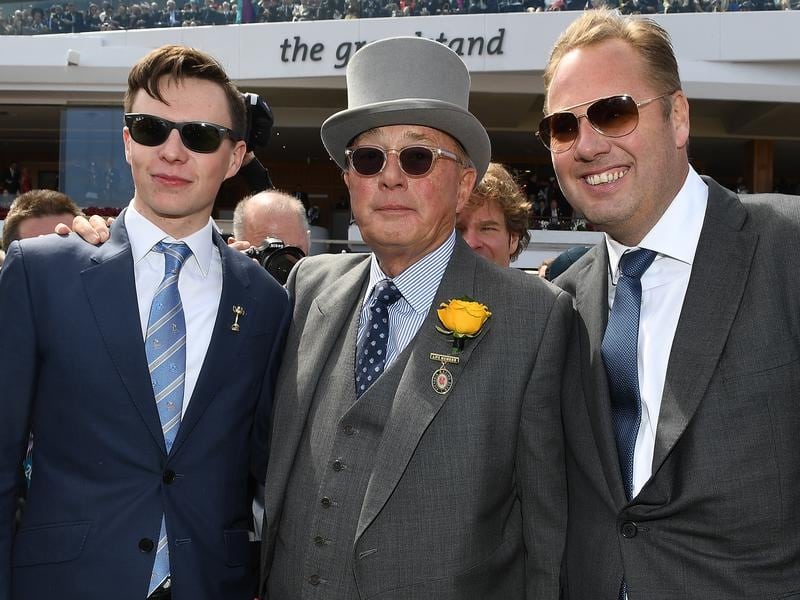 The Melbourne Cup-winning combination of trainer Joseph O’Brian and Australian owners Lloyd and Nick Williams has celebrated another major success with Latrobe in the Irish Derby.

The winner was ridden by the trainer’s brother Donnacha and fought hard to beat Rostropovich and Saxon Warrior, both prepared by their father Aidan O’Brien.

Latrobe is a son of Camelot who Joseph O’Brien rode to win the 2012 Derby for Aidan O’Brien.

Joseph O’Brien became the youngest trainer to win the Melbourne Cup last year when Rekindling took out the famous race.

“We had intended on taking our time a bit, but Donnacha let him go forward as there wasn’t much pace on and that was the winning and losing of the race,” Joseph O’Brien said.

“He had a perfect position all the way, and committed him at the perfect time. The horse is tough and stays well.

“I have to thank everyone in the yard, especially Joey Fallon, who rides him out, and Lloyd and Nick (Williams) have been so good to me. I’m so grateful and lucky.

Aidan O’Brien spoke of his pride at the achievement of his sons.

“It’s an unbelievably special day, you couldn’t dream of it,” he said.

“We beat the lads most of the time, but you like to see everyone getting a chance. The two lads work so hard day in, day out.

“We know how competitive it is. Irish racing is every day. It’s tough. Obviously we try to win every race, everyone does.

“We’re so delighted for them. We are so grateful to everyone for supporting them.”