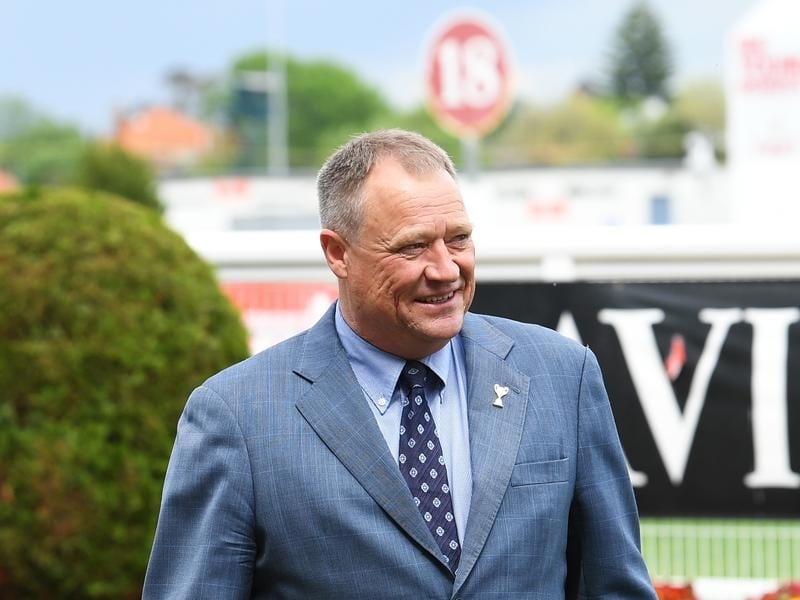 Well-bred filly Hills is set to race three weeks in a row in a quest for the Magic Millions 2YO Classic after making an impressive debut at Ipswich.

Hills was a little tardy at the start but finished too well to win a two-year-old handicap over 1050m on Friday.

It may have been a low-key provincial meeting but the race included two other horses, Champagne Jet and Pocket Pistol, who are also chasing starts in the $2 million Magic Millions Classic at the Gold Coast on January 12.

Champagne Jet and Pocket Pistol finished third and fourth respectively at Ipswich and are close to making the Millions field.

Hills is a $310,00 buy by Not A Single Doubt and her dam Hoist is closely related to champion stayer Might and Power.

She picked up $11,000 with the Ipswich win but would need to win or run second in Saturday week’s $100,000 Clan O’Sullivan Handicap at the Gold Coast to make the Classic field.

“At this stage she will run at the Gold Coast and if she runs well on to the Millions Classic,” McEvoy said.

“But it is up to her. If she tells me she has had enough I will obviously scrap those plans. But if you buy Millions horses obviously you have to give them every chance to make the field.”

McEvoy said he had got behind with Hills after she missed the start in an Eagle Farm barrier trial.

“She is up here and I like her. She didn’t get it totally right today but she is getting there,” he said.

McEvoy has the highly favoured Just Zerene chasing a Magic Millions start when she makes her debut in the B J McLachlan Plate at Doomben on Saturday.

The trainer, who operates stables in Victoria and South Australia, won the 2018 Classic with Sunlight.