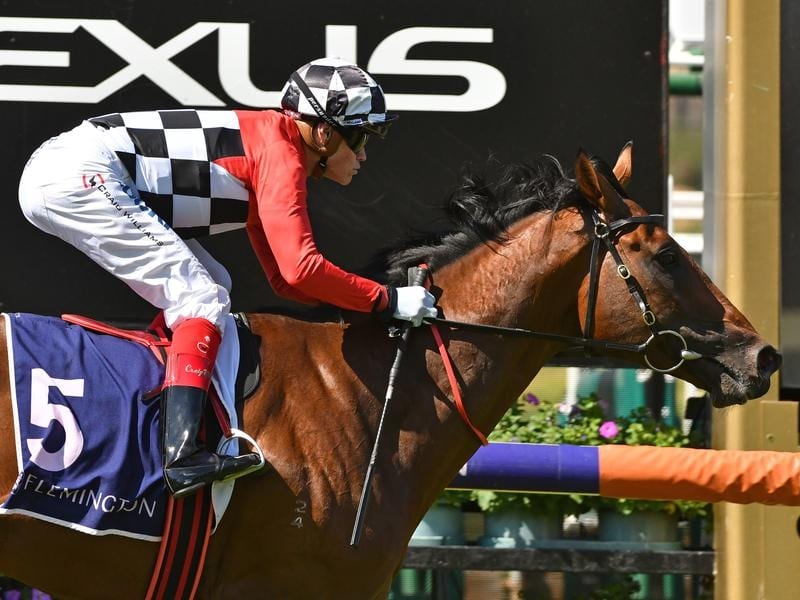 Melbourne Cup plans have been shelved for Schabau with the German import suffering a tendon injury.

A winner of his only three starts on Australian soil, Schabau was to be spelled after his latest win at Flemington on March 2 before embarking on a Melbourne Cup campaign.

Trainer Robert Hickmott noticed some heat in the off-fore leg a few days later and those worst fears were confirmed on Wednesday.

“I’ve had a couple of occasions where they’ve given the leg a bit of a blunt knock with a hoof or something and the subsequent scan’s been good,” Hickmott said.

“We just had to make sure it wasn’t a furphy and we’d end up with egg on our face, but this morning’s scan revealed it.

“It’s a grade one (out of five) and only eight per cent of the tendon has a lesion so the prognosis is good for a return to racing.

“He’ll have to have probably 10 months in the paddock before we start a little bit of rehab work and he probably won’t be racing until late winter 2020 when into a Melbourne Cup preparation.

Hickmott trained Almandin to win the 2016 Melbourne Cup for Lloyd Williams after suffering a tendon injury the previous year.

Roadwork, treadmill and the water walker will all form part of Schabau’s rehabilitation after a stint in the paddock.