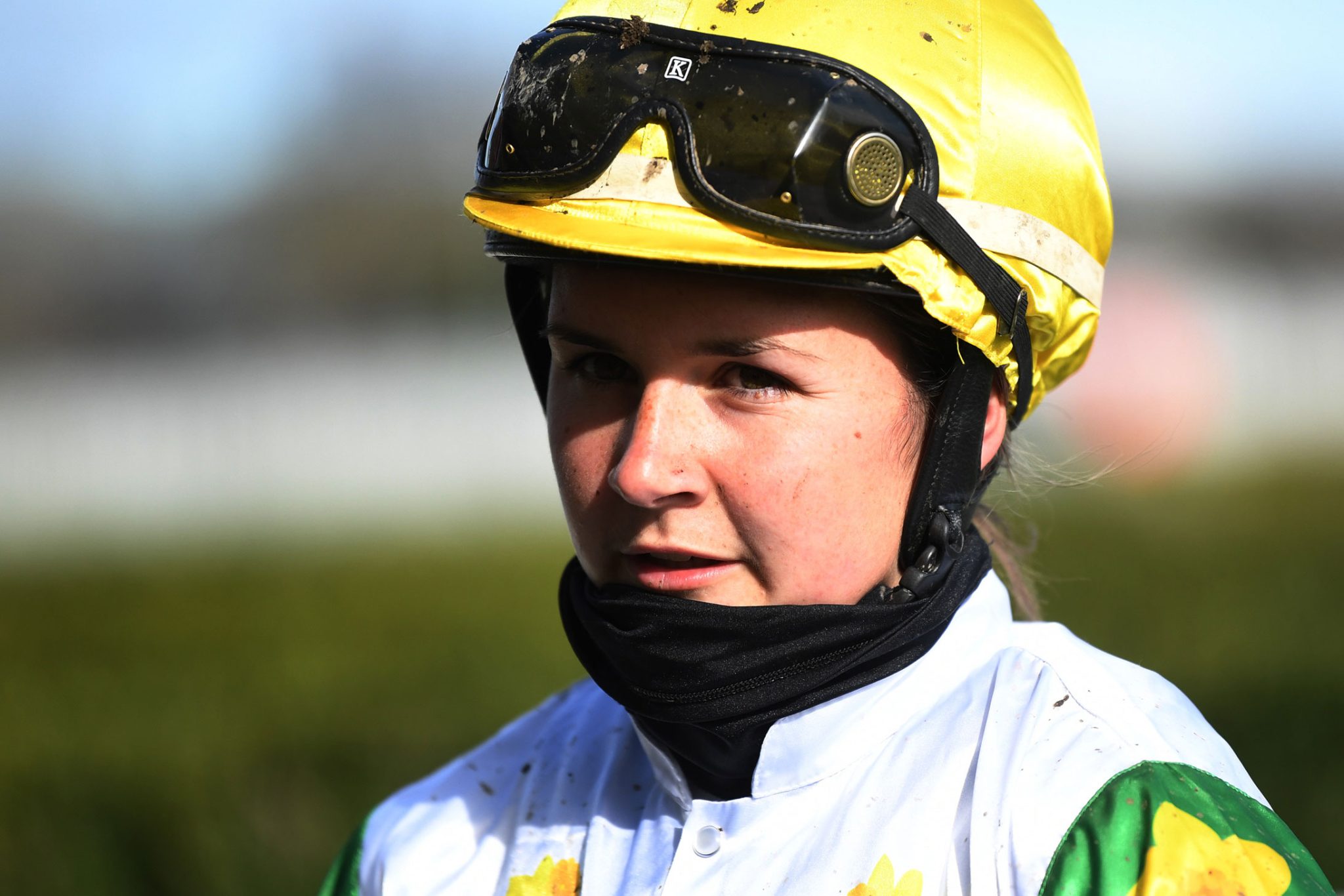 Macnab hit the turf in an incident in the closing stages of Saturday’s Listed Lightning Handicap (1200m) when her mount Scotch clipped heels and fell.

The 22-year-old now faces up to six weeks on the side-line, but sees the situation as a glass half-full one with a major life event on her calendar to look forward to this weekend.

“It could have so much worse so I’m happy with the outcome, I was very lucky and I’m getting married on Saturday in Wanganui so that will keep me entertained,” Macnab said.

She will tie the knot with fellow jockey Sam O’Malley with the couple to make their home in Marton and the challenge of fitting her wedding dress with her injuries won’t be taking the smile off her face.

“It shouldn’t be too bad – I’ve dealt with a lot worse. I’m a bit sore, but that is to be expected. I was discharged from Upper Hutt Hospital on Saturday night,” Macnab said.

“I had to go back to Wanganui Hospital yesterday (Monday) for a double check-up and I’ve dislocated my shoulder and broken the top off the humerus.”

Macnab parted company with the Chrissy Bambry-trained Scotch in the Lightning 50 metres off the post when the five-year-old son of I Am Invincible was looming into contention and set to take a gap between Can I Get An Amen and Burgundy Rose.
Kate Hercock, who rode the winner Can I Get An Amen, admitted she allowed her mount to shift inward in the incident and was suspended on a careless riding charge until April 24.

Asano, who was also suspended on Sunday, was outed for four weeks for the incident.

Macnab has been advised that her injuries are unlikely to require surgery.

“They want me in a sling for four weeks and then it should be okay. I’m hoping to be back in five to six weeks because, at this stage, I don’t need an operation as the bone is sitting where it should be,” she said.

Macnab has ridden 37 winners for more than NZD$1 million in stakes this season, including the Group 3 New Zealand Cup (3200m) aboard Mondorani for trainer Kevin Myers, with whom she served her apprenticeship, and the Group 3 Gold Trail Stakes (1200m) aboard Bellacontte.

She also finished a close second in the Group 1 Tarzino Trophy (1400m) with Spring Tide in her first ride at the highest level.

Macnab has ridden 157 winners so far in her career that was severely interrupted in 2018 when she sustained serious head injuries in a race fall at Woodville.

She is from a successful racing family and made an impact early on as an amateur rider and won the Duke of Gloucester Cup and the Flair Amateur Jockey Series while still at secondary school.

Macnab became the third member of her family to win the Cup, with grandfather David winning three while uncle Scott has also been successful in the coveted prize for amateur jockeys.