In The Right Mood Pays Dividend At Bendigo 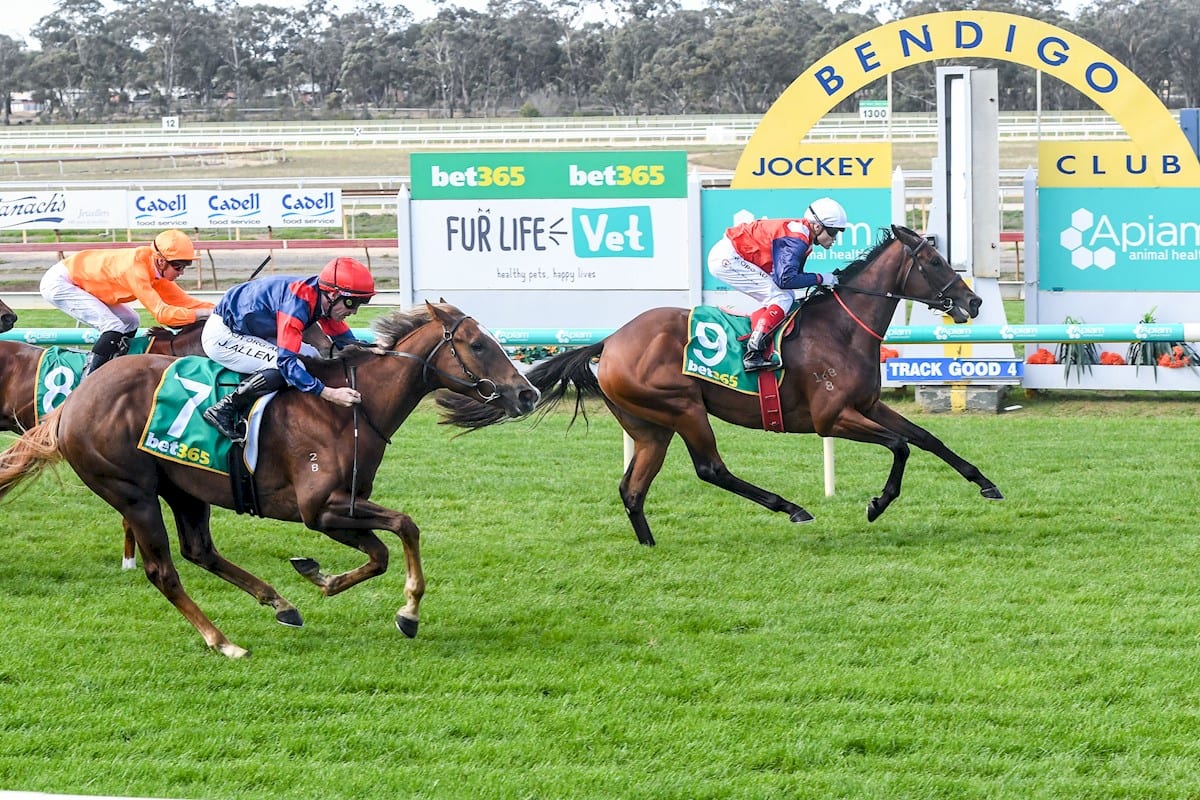 A trip to the Cranbourne trials to partner the Danny O’Brien-trained two-year-old I Am In The Mood has paid a winning dividend for Craig Williams at Bendigo.

The victory in Wednesday’s Bet365 Racing Refunds Plate (1100m) put Williams in a brighter mood after his children flooded a bathroom in the family home on Tuesday night.

Success on I Am In The Mood may not have been enough to fully recover any repairs, but the filly is likely to provide Craig Williams with more victories in the future.

“I think she’s a lovely filly,” Williams said of the daughter of I Am Invincible.

“I like the attitude she brought to the trial at Cranbourne, and I liked the performance, and she’s backed that up today.

“They still have to bring that to the races their first time under race pressure, like most of her opposition today, and I thought there was a lot of merit in the win and a lot of upsides in how she won.

“I’m really looking forward to seeing how she progresses.”

Williams said I Am In The Mood will gain a lot of improvement out of Wednesday’s victory.

“Early I was a little concerned because she had her head quite high and was a little new and raw,” Williams said.

“But in the straight if I had something in front and a target, I thought she might have been even more impressive than she felt today.

“I was having to steer her and correct her with my aid, so she’s still a girl that is learning her craft.”