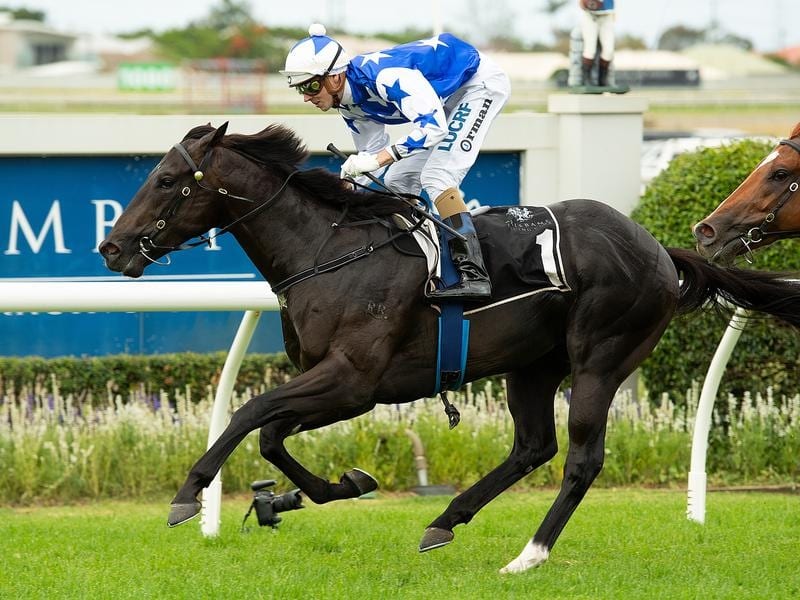 Brisbane trainer Kelly Schweida has had a big week so far and is looking to make it even better as The Odyssey heads to the Magic Millions.

Schweida equalled his previous best day at a TAB meeting when Chicka Boom, Zilitor, Park Chinois and Ramtastic won at Beaudesert on Tuesday.

He also trained four winners at Doomben in November.

“I trained five winners in a day in north Queensland but they were at different tracks. The team is firing and I was helped by a couple of good rides at Beaudesert,” Schweida said.

The trainer is now turning his attention to The Odyssey who will run in Saturday’s QTIS 2YO Handicap (1100m) at the Gold Coast, a week ahead of his mission in the $2 million Magic Millions Classic.

Schweida hopes the trend will continue with The Odyssey who has won his past two starts including the Listed Phelan Ready Stakes (1110m) on December 15.

“I wonder why horses racing the week before the Millions are winning?” Schweida said.

“It might have something to do with having a look at the track. The Gold Coast can be tricky and experience there is a help.

“But it could also mean they have that extra little bit of fitness. “

Schweida believes he did the right thing by not running The Odyssey In the Group Three B J McLachlan at Doomben last Saturday.

“I didn’t want to give him a gut buster over 1200 metres two weeks before the Millions. The Gold Coast was a much better option,” he said.

James Orman, who rode three of Schweida’s winners on Tuesday, will ride The Odyssey.