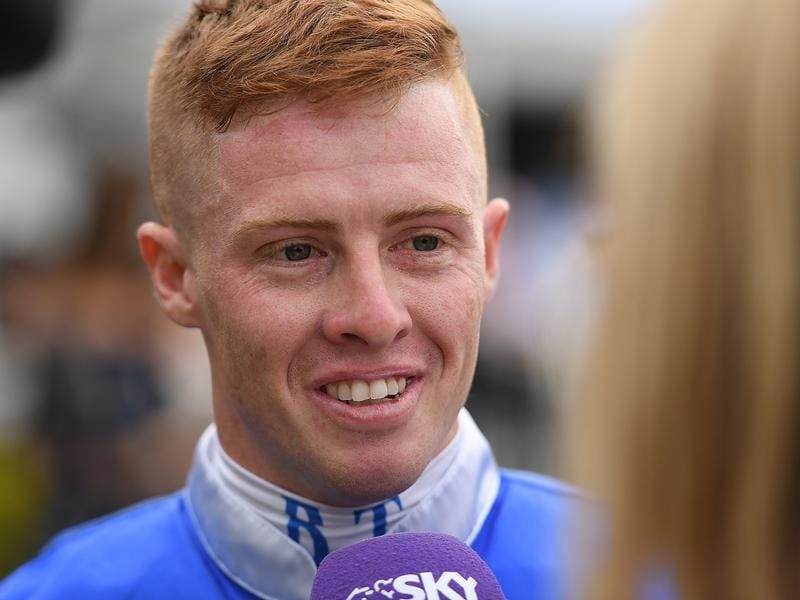 Hard-working in-form jockey Les Tilley can continue his good form at Eagle Farm where his rides include short-priced favourite for the two-year-old race, Sizzling Babe.

Tilley has always shown promise but 18 months ago he only dreamed of riding horses such as Sizzling Babe and talented sprinter Spurcraft in the metropolitan area.

Tilley won a midweek race on Sizzling Babe in January when she came from last and is convinced he should have had another win on her at Eagle Farm two weeks ago.

“Things got very tight at the finish and she did finish very quickly without luck,” he said.

Tilley noted Magic Beans and Raay’s Dream had both run well in The Jewel Preludes last week as Sizzling Babe heads back to Eagle Farm on Saturday to run over 1400m.

Sizzling Babe, who cost $15,000 as a yearling, is one of a small team trained by Neville Saunders at Toowoomba.

Trainers Bryan and Daniel Guy are hoping for change of luck inthe two-year-old race with Broncks who can continue the outstanding season of rookie sire Better Than Ready.

In his first crop to race, Better Than Ready has 10 individual winners of 15 races.

The Odyssey has been his best performed youngster and headed a trifecta for the stallion in the $125,000 Colts and Geldings Two-Year-Old Jewel Prelude last Saturday.

Broncks has run fifth at both his starts in tougher fields than the the one he faces in Saturday’s Two-Year-Old Handicap (1400m).

Both runs have been better than they appear on paper as he starred in the stewards report each time.

At his first start Broncks was virtually knocked out of the race at the start after a heavy collision with another runner in a race won by star filly Vincere Volare.

He again struck trouble when fifth in an above average mid week two-year-old race at Doomben.

The Guys went to $36,000 to buy Broncks at the Magic Millions March Sale last year.

Broncks is out of the mare I Am But A Fool, a half-sister to stakes winning mare Emmalene.

“Surely he can have some luck this time. I think he can run a big race,” Bryan Guy said.

Better Than Ready has 49 lots listed at the Magic Millions March sales starting on March 18.