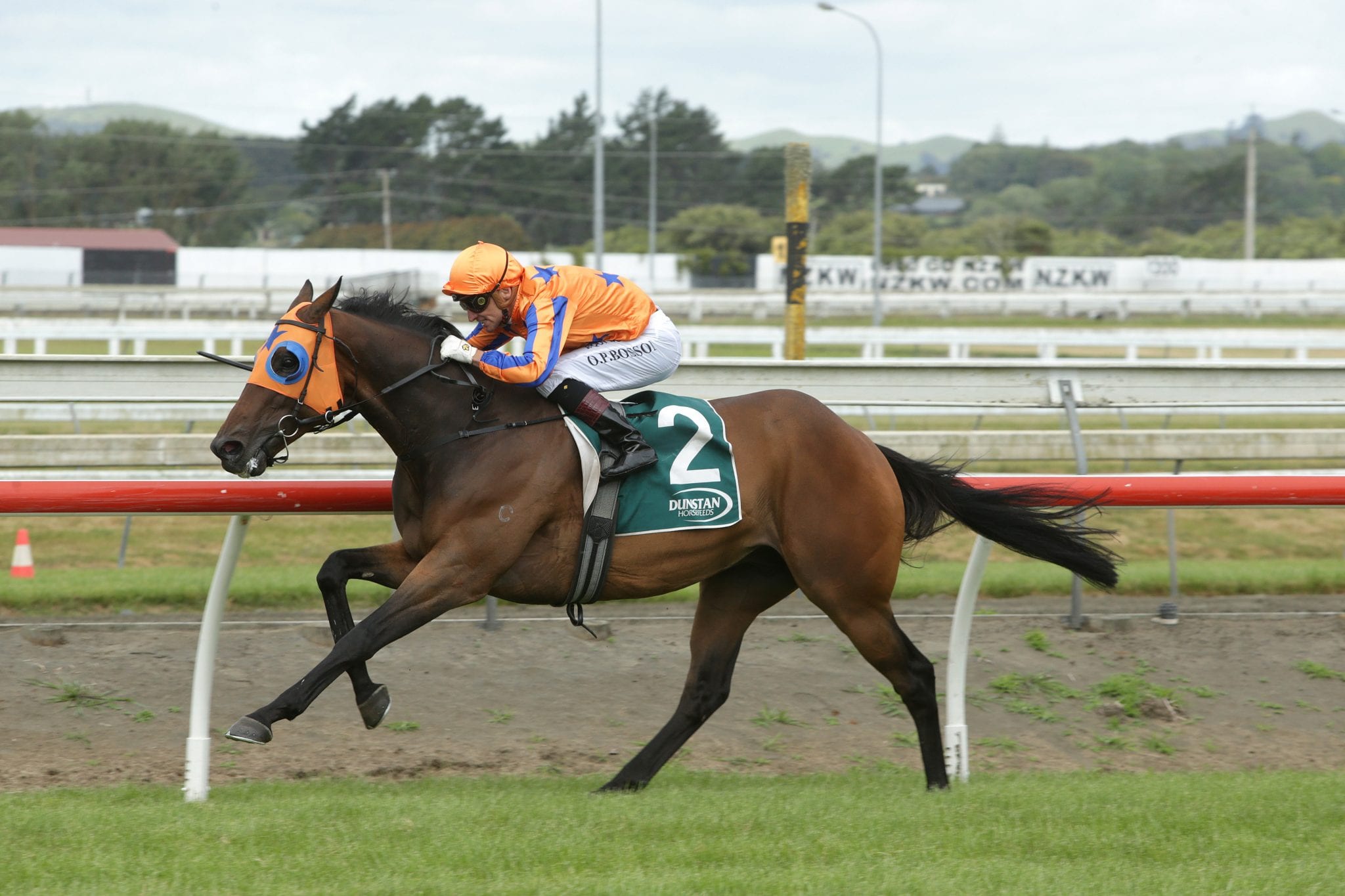 Enigmatic stayer In A Twinkling was on his best behaviour as he secured his second Group 3 Franklin Auctions Counties Cup (2100m) with a gritty effort on Saturday. The Jamie Richards-trained five-year-old can be a headstrong character at times and has tested Richard’s patience on numerous occasions.

However, when his mind is on the job, he is a highly talented galloper as evidenced by his runner-up performance in the 2019 Group 1 New Zealand Derby (2400m) along with a stirring front-running effort to win his first Counties Cup last season. Sent for a lengthy summer spell after finishing last in the 2019 Group 3 Waikato Cup (2400m) in December, Richards gave the Fastnet Rock gelding a slow build-up before he made his raceday return in September.

Having the fourth run of this campaign, In A Twinkling was handy throughout for rider Opie Bosson as he tracked pacemaker Justamaiz for the majority of the contest. Justamaiz stole a march on his rivals turning for home but Bosson had In A Twinkling winding up nicely and he took control of the race with 200m to run before holding out the late charge of stablemate Savy Yong Blonk to secure the victory.

Some impressive trackwork during the week had Richards hopeful of a good showing although he was mindful of his charge having a few tricks up his sleeve after he finished last at his most recent run. “We had been expecting him to run well and turn his form around as his work this week had been very good,” Richards said.

“He is a bit of a hard horse to get a line on as you have to take him on trust a little bit. “On top of the ground and up in trip this time, he was very good. “We gave him a good break as he had had a big season as a three-year-old and I think that has paid off and justified the owners’ patience with him.”

In A Twinkling holds a nomination for both the Group 3 SKYCITY City Of Auckland Cup (2400m) and Group 1 Barfoot & Thompson Auckland Cup (3200m) with Richards believing he is best suited on right-handed tracks like Pukekohe and Ellerslie. “I think the main thing is that he likes it up here and maybe we might need to just keep him going right-handed in the future,” he said

“He didn’t go at all well in the Waikato Cup last year so we might give that a miss and concentrate on Ellerslie instead. “Savy Yong Blonk went a super race today and she is more likely to go to the Waikato Cup next. “She was just the victim of a bad barrier and got held up entering the straight, so she will take a good bit of benefit out of the run.”

Raced by the Te Akau Fastnet Moment Syndicate, In A Twinkling was purchased by David Ellis CNZM for $250,000 out of the Curraghmore draft during the Premier sale at Karaka in 2017. He has now won four races and over $440,000 in prizemoney.