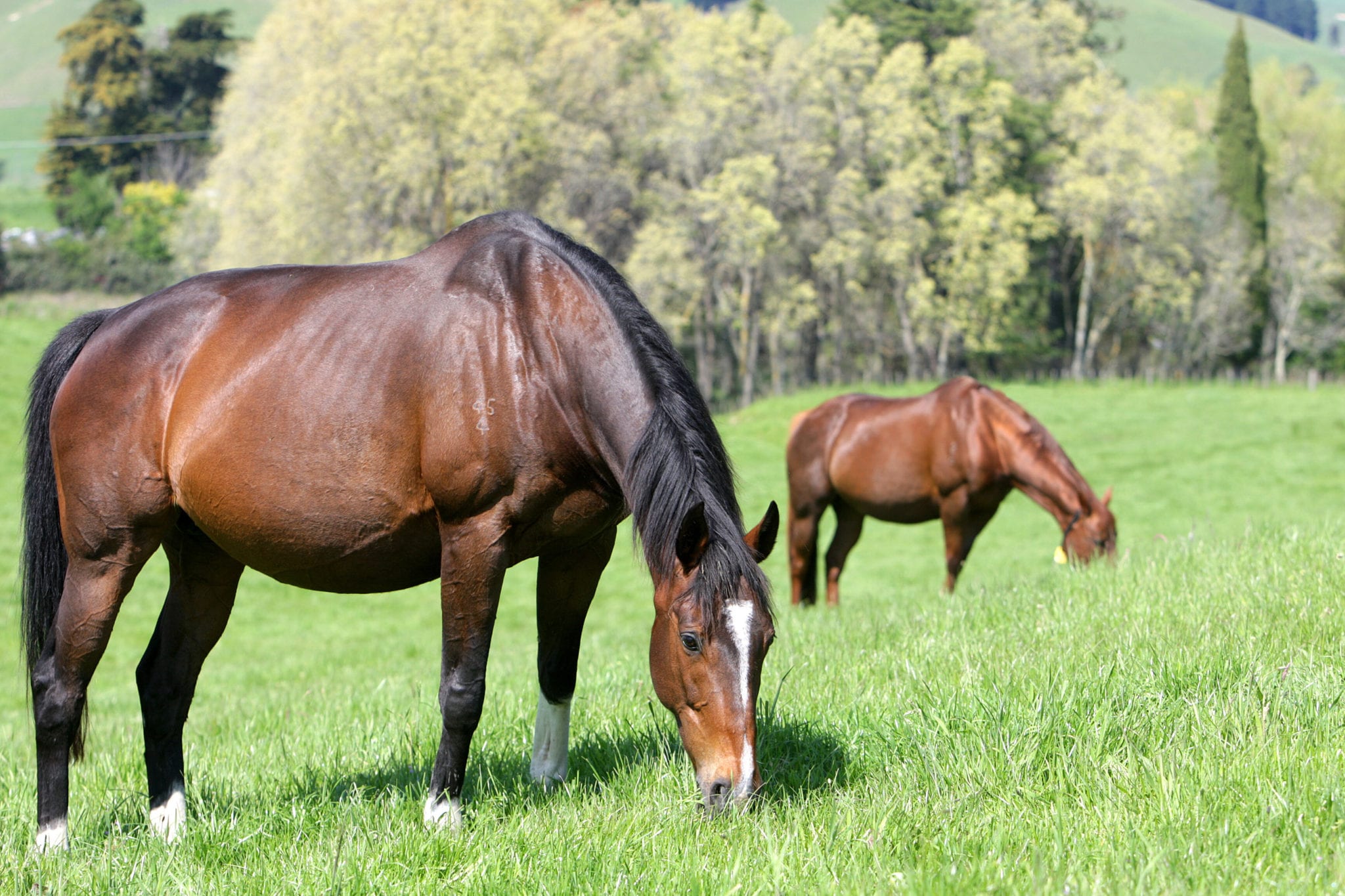 Further testing of a breeding mare previously imported from the United Kingdom to New Zealand has confirmed the horse is carrying the exotic organism Theileria equi. The mare in question was imported under New Zealand protocols last year from France as a maiden and has been resident at Cambridge Stud since her arrival in February 2019.

Cambridge Stud CEO Henry Plumtree has reported she was purchased at the Arqana sale in December 2018, was negative in a pre-sale test, negative prior to going into quarantine and was negative under New Zealand protocols, before departing the United Kingdom.

The mare had a suspected positive test as part of standard export certification prior to onward shipment to Australia, and further blood tests were taken. Theileria equi (T. equi) can cause anaemia and is spread from animal to animal by ticks or by shared equipment such as needles or dental equipment. It is not infectious directly between horses. The ticks that are known to transmit the disease are a species not present in New Zealand. To date it is uncertain if the species that are widespread in New Zealand are capable of spreading T.equi although it is known they can spread infections with other strains of Theleria.

Although it is not highly infectious, Australia does not have Theileria equi and exports currently require certification that New Zealand is free of the disease to accept horses from here. The New Zealand Ministry for Primary Industries (MPI) market access specialists and live animal exports team have been working closely with Australian authorities to agree alternative assurances to allow exports to continue. Good progress is being made on the development of a testing regime to support this.

Two shipments of horses to Australia this week have had to be held while negotiations continue. The New Zealand Equine Health Association (NZEHA) and MPI are aware this situation is causing some concern to the country’s significant equine sector and work is underway to resolve things as quickly as possible to ensure ongoing horse exports are not interrupted.

There has not been a case of Theileria equi in New Zealand before. Biosecurity NZ and MPI will continue to work with international partners to understand and investigate the situation. Veterinarian investigators from MPI are currently sampling horses at Cambridge Stud as a precaution. The affected mare is contained on the farm and will not be moved from the property while investigations continue.

The mare tested negative for Theileria equi within the required 21 days before its import to New Zealand. Under international protocols, testing from certified laboratories is part of the horse importation process. Part of that importation process also requires that the horse is treated for ticks. Prior to export, the horse was quarantined in isolation for three weeks and underwent examinations. On arrival in New Zealand, the horse was in post-arrival quarantine and inspected by an equine veterinarian. An MPI vet checks arriving horses on arrival at the airport, at the quarantine location within 24 hours of arrival, around the middle of quarantine and then prior to release.

“Negotiations with Australia to resume trans Tasman transport appear to be progressing positively,” New Zealand Equine Health Association Chairman Ivan Bridge said. “MPI Market Access are working on that right now and what that will most likely mean is we will be required to have two piroplasmosis tests carried out on a single blood for all horses being exported to Australia in the short to medium term.”

Bridge said an immediate focus was to facilitate the transport of in-foal mares across the Tasman, which may only travel up to 300 days in foal. “One of our priorities is ensuring those mares covered in the first five days of last breeding season are able to get to Australia by June 26. “There is also a shipment of horses bound for Hong Kong via Sydney on June 7, so there is some haste.” “Post Covid 19 air freight access is another complicating factor, almost the perfect storm”.

The New Zealand equine industry has signed a Government Industry Agreement (GIA) for Biosecurity readiness and response. GIA operates as a partnership between primary industry and government to manage pests and diseases that could badly damage New Zealand’s primary industries, economy, and environment. Under GIA, Signatories share the decision-making, responsibilities and costs of preparing for – and responding to – biosecurity incursions. By working in partnership, industry and government can achieve better biosecurity outcomes.

“Because that mare is a positive, it becomes a response,” Bridge said. “The contact groups have been investigated by MPI veterinarian investigators, samples have been taken which will be analysed over the next week and we are fortunate that the stud concerned has such a professional approach to horse health. “MPI have been very complimentary regarding their detailed record-keeping and they are such a farm that had a mare been slightly off-colour, it would have been identified immediately.

“I take a lot of confidence from the fact there have been no horses diagnosed with piroplasmosis symptoms on the property, or in the country for that matter, and the mare has been there since the beginning of 2019, so one would anticipate we are reasonably safe. “We are hopeful that the results from the samples of the cohort mares and other horse population on the property will come back negative, which will set a platform for us to move forward quite quickly and provide our trading partners some confidence.”