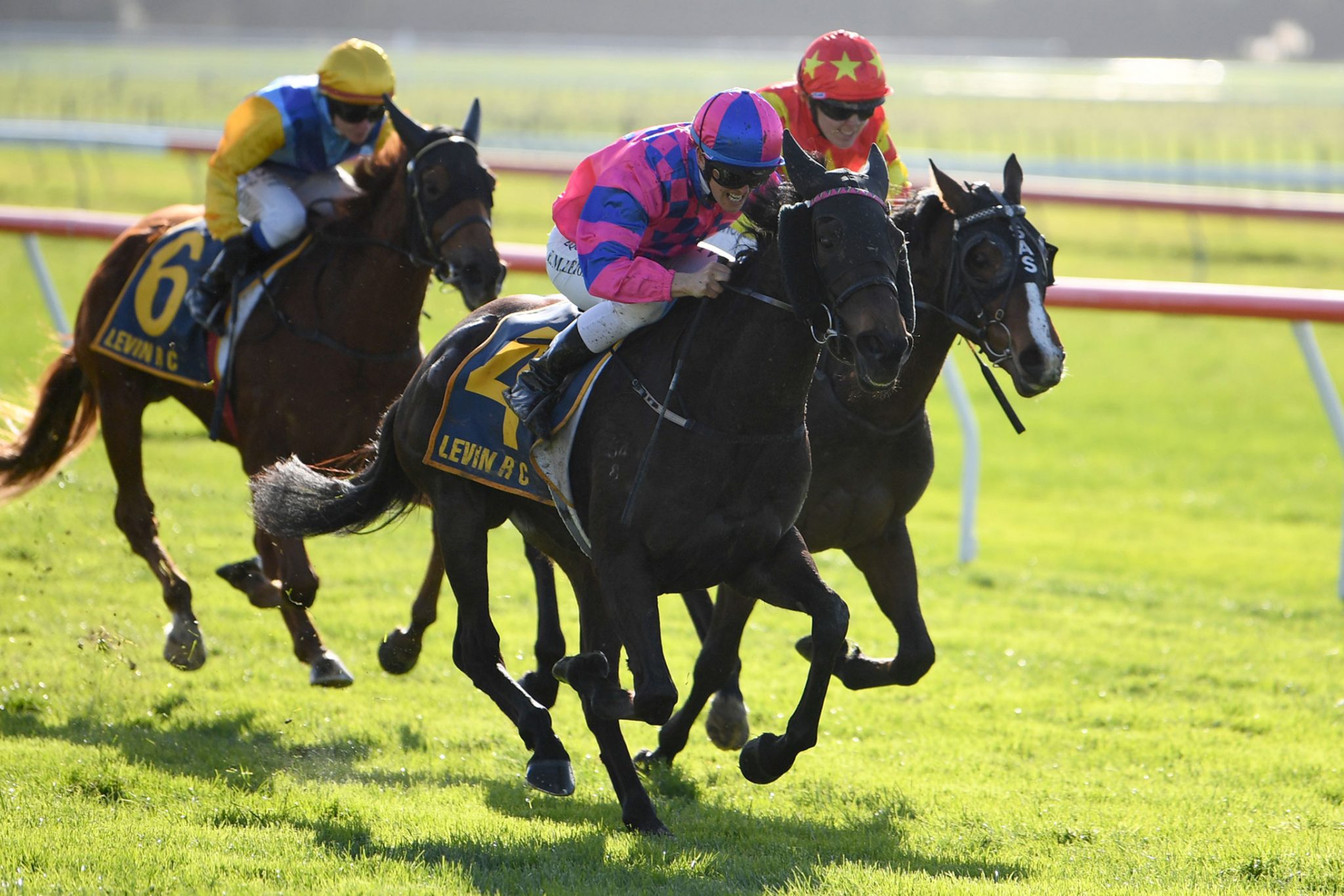 The two-year-old daughter of El Roca had looked to be rounding into some useful form when narrowly beaten in the Listed Castletown Stakes (1200m) at her last start and went one better on this occasion, courtesy of a patient ride by promising apprentice Erin Leighton.

Despite an eight-week break since her last run, Ima Roca Bee proved the strongest in the field as she came from last at the 600m to drive past the well fancied Yeaboi in the final 150m to break her maiden status at just her fourth start.

Bred and raced by her trainer Karyn McQuade, in conjunction with husband Hamish, Ima Roca Bee has some early three-year-old features on her dance card after showing she can foot it at stakes level with the victory, in addition to handling rain-affected going.

“We’re just thrilled with the win as she has shown she has ability, but probably wasn’t quite there mentally early on,” Hamish McQuade said.

“She just wanted to do everything at a million miles an hour and that was how she was in her first couple of starts.

“After she had a break, she settled down nicely and has come back really well.

“She has a deceptive appearance as she isn’t that big overall, but she has long legs and a really long stride.

“Erin gets on well with her and that was a top ride as she was patient and when she asked for an effort, the acceleration was there when she needed it.”

A tilt at the Listed O’Leary Fillies Stakes (1200m) at Whanganui in early September is now the aim with Ima Roca Bee, before she heads to the paddock for an extended summer break.

“We’ll give her a few days off now and then head down to Whanganui for the stakes race there,” McQuade said.

“I do think she will go on the better tracks but at this stage our plan is to give her a really good spell after Whanganui and then get her back for some autumn targets.

“She comes from a nice family that has done well for us and ultimately she will become part of our broodmare band, so with a stakes win already, she is very valuable filly for us.”

The McQuade team almost made it a winning double when Midnite Invasion finished close up in third at Rotorua, as she gets ready for a date with Mapperley Stud resident stallion Contributer in the coming months before also heading to the matron’s paddock later in the season.

Ima Roca Bee is out of the Pentire mare Shelley Bee, who had finished unplaced in the Ryder Stakes during her two-year-old season. She is the dam of useful performers Shellez Ace (4 wins) and is a half-sister to Group 1 Metropolitan Handicap (2600m) winner Herculian Prince.

The victory was the first stakes win for an ecstatic Leighton, who has been in a purple patch of form of late and completed a winning double when successful aboard the Wayne Moorhead-trained Hey Hey Hey in the last race on the card.