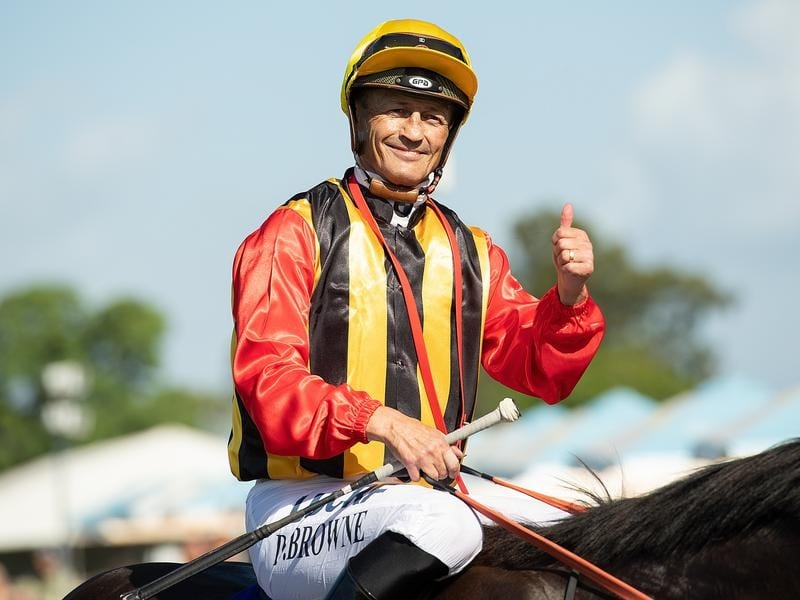 Browne was taken to hospital on Thursday night complaining of severe stomach pains and underwent surgery for a perforated bowel.

The operation has reportedly been a success but Browne will be out of action for several weeks while he recovers.

Boomsara’s trainer Chris Munce has been able to book Clark who did not have a Guineas ride.

“Our thoughts are with Damian. Tim is a top Group jockey and we are lucky to get him,” Munce said.

Stewards have given permission for trainers Ciaron Maher and David Eustace to scratch Star Fall from the Guineas with the colt also an acceptor at Randwick.