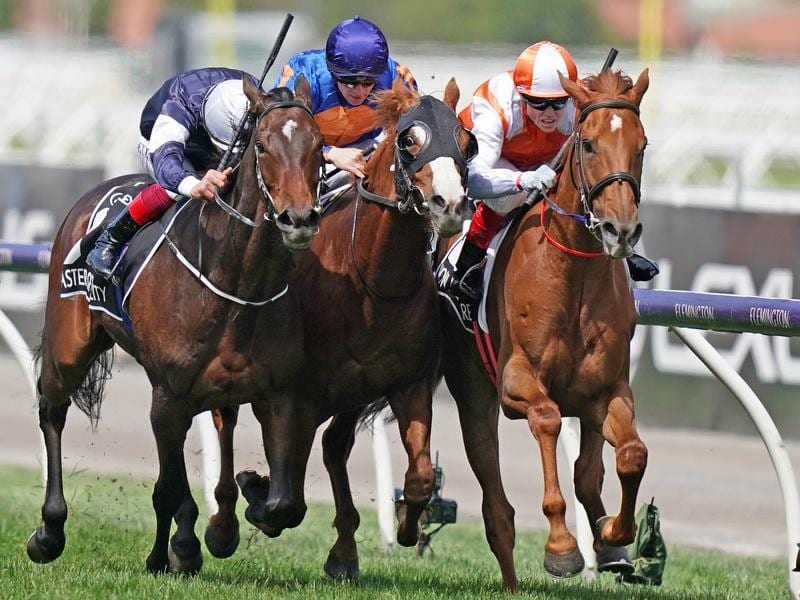 Melbourne Cup placegetter Il Paradiso is scheduled to make his first appearance for Sydney trainer Chris Waller in a barrier trial at Rosehill.

Formerly trained by Aidan O’Brien, the Irish horse remained in Australia after the Cup and has been in work for several weeks.

Il Paradiso was promoted form fourth to third in the Melbourne Cup reshuffle of the placings behind Vow And Declare after a stewards protest against Frankie Dettori on original runner-up Master Of Reality.

Il Paradiso, who holds entries to several major autumn features, is among those listed in the second of three open 1030m-heats on Tuesday.

“We are carefully finding our way with him but he seems to be adapting and doing everything right.

“We will see where we are after he trials but it would be nice to think he can have a couple of runs during the autumn.”

Stablemate Shared Ambition, another Irish import, is also down to trial over 1030m.

The gelding has won three of his four starts in Australia and finished third on a heavy Warwick Farm track on February 12.

“He was good first-up,” Waller said.

“He just had a big weight and it was a slow run race on a heavy track.

“He will go to the Randwick City Stakes next.”

Waller has a host of other top-line horses set down for the trials including Oaks winners Youngstar and Unforgotten.

Among the Godolphin horses expected to trial is Kementari, the 2018 Randwick Guineas winner.

After failing at stud, Kementari has been gelded and is in work with James Cummings but no decision has yet been made on a racing comeback.