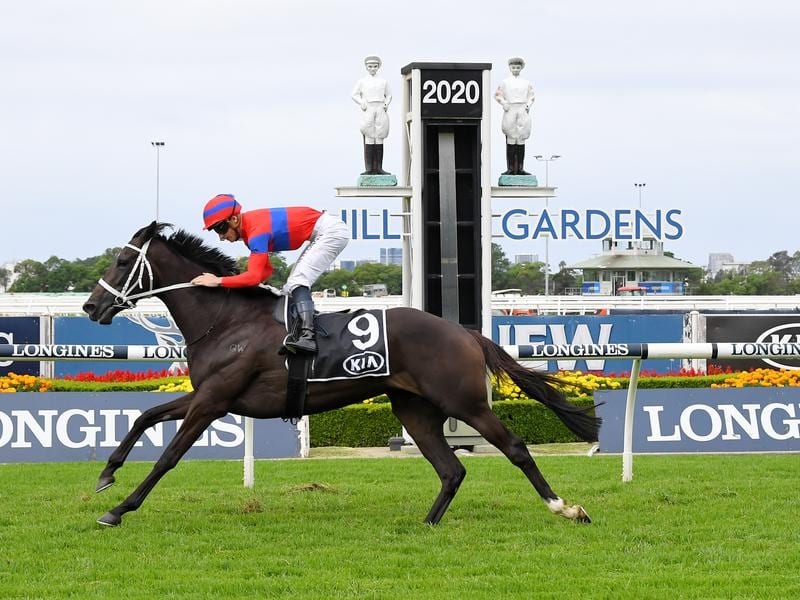 Premier trainer Chris Waller has trodden a patient path with Verry Elleegant and he believes it has readied her for the rigours of a Cups campaign.

The stable managed her carefully as a spring four-year-old last year and did not extend her beyond the 2040 metres of the Cox Plate.

But a solid, five-start autumn campaign, highlighted by a Group One Tancred Stakes victory, has given Waller confidence the mare is seasoned enough for a Caulfield and Melbourne Cups preparation.

“We held her back last year to try and help her develop, which she has done physically as well as mentally,” Waller said.

“Whilst she would have got into the Cups last year with a much better weight, I am now sure she is capable of not only coping with the preparation required, but also the race itself.”

Verry Elleegant blew out the cobwebs with a barrier trial last week and Waller will look to give her a solo gallop between races at Saturday’s Up And Coming Stakes meeting at Randwick.

“She has come through her trial really well,” Waller said.

“She will probably have an exhibition gallop next week if the track is OK to gallop on, then go first up into the Winx Stakes.”

The opening Group One race of the Sydney season, the Winx Stakes (1400m) is at Randwick on August 22.

Waller will also have a strong hand at Randwick this weekend with another of his Cups hopefuls, Shared Ambition, scheduled to resume in the Spring Preview Handicap (1400m).

The trainer holds two entries for the Group Three Up And Coming Stakes (1300m), a race he won on protest with True Detective 12 months ago.

He has nominated Sauvestre, successful at his only start at Canterbury in April, and Oscar Zulu who was unplaced last start after suffering severe interference when Hot ‘N’ Hazy fell.