Hush Writer Back On Track After Flemington 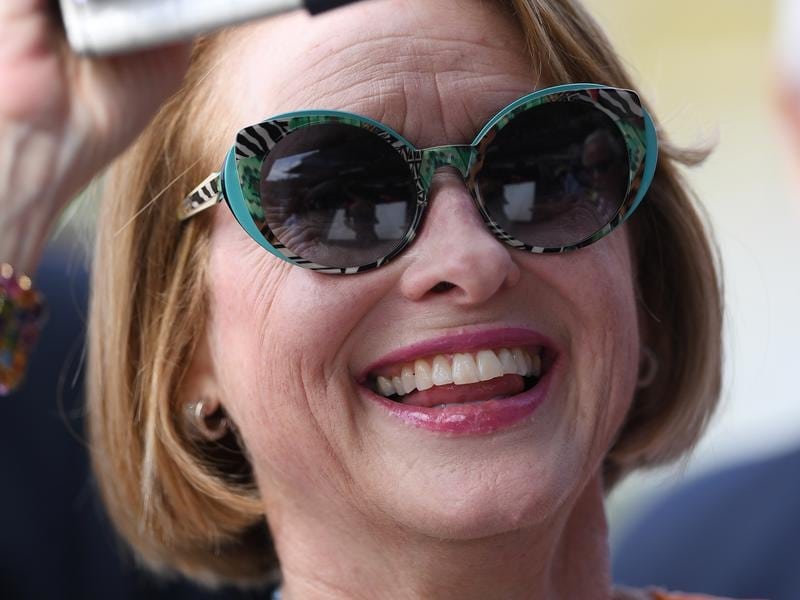 Gai Waterhouse says Japanese-bred stayer Hush Writer is heading in the right direction after a pleasing second in a staying test at Flemington.

Hush Writer made his Australian debut at Moonee Valley on September 8 and raced like a ‘dill’ according to Waterhouse when ninth in a 2020m-race won by Trap For Fools.

His racing manners were much better on Saturday at Flemington under Stephen Baster when he finished a length second to Jaameh over 2500m.

“He couldn’t explode up the straight because he’d used all his petrol in the middle stages but Stephen said he relaxed much better under the circumstances of how windy it was.”

Waterhouse, who trains in partnership with Adrian Bott, is pressing ahead with plans to pursue a start in the Melbourne Cup with Hush Writer who has 50kg.

Those plans looked to be in tatters after his Moonee Valley outing but Waterhouse left Flemington on Saturday reassured Hush Writer had the necessary staying credentials.

“The Valley was too much for him,” she said.

“In retrospect it was too claustrophobic for him. He had never been in that environment.

“He’s backed up in a week. He’s gone from 2000 metres to 2500 metres in a week and not many horses in Australia would have done that.”

Waterhouse said options for Hush Writer include The Metropolitan Handicap (2400m) at Randwick on September 29 or the Bart Cummings (2500m) at Flemington on October 6.

Victory in the Bart Cummings would gain Hush Writer a start in the Melbourne Cup a month later.

“I’ll be guided him,” Waterhouse said.

“If he’s training well and enjoying it we’ll press on but I know the horse is going in the right direction.”