Hulberts Hope To Celebrate With A Double 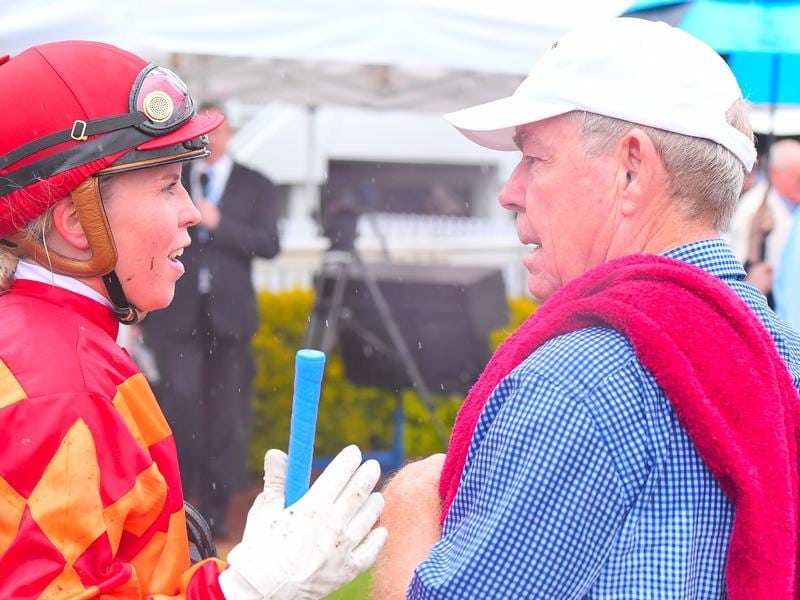 Peter Hulbert and his son Will hope to celebrate their third year as a training partnership with an open company double at Doomben.

The Hulberts run a boutique stable of about 12 horses and have had a steady stream of winners since forming their partnership in 2016.

Will Hulbert is regarded as one of the best trackwork riders in Brisbane and rides all the stable’s horses.

“I have been really pleased with the way things have gone. Like all smaller stables we could do with a star but they are a bit hard to come by,” Peter Hulbert said.

“But the main thing is our horses consistently earn cheques for the owners. Having Will ride them work gives us an advantage.”

The Hulberts will saddle Endless Days in Saturday’s 2200m-Open Handicap and Cornrow in the Open Handicap over 1350m.

“There isn’t much of Endless Days when it comes to size but he is a tough little fella. He is up in class but drops sharply in the weights on his last start third at Doomben. Wet or dry won’t worry him,” Hulbert said.

He said he had deliberately kept Cornrow on the fresh side for Saturday’s race.

At his last start Cornrow was second to rising star No Annamossity at Doomben.

Cornrow was a more than handy two-year-old with Mick Price in Melbourne before being sold and sent to the Hulbert stable for which he has won three times.

“It isn’t the toughest open handicap and he does look well placed,” Hulbert said.

Cornrow gets into his race with 52kg after apprentice Taylor Marshall’s two-kilo claim while Endless Days will be ridden by Matt McGillivray.

The Hulberts are looking forward to the new season with new horses arriving in the stable.

“We have just finished the first preparations for some rising two-year-olds and we have a couple of nice older horses coming,” Hulbert said.