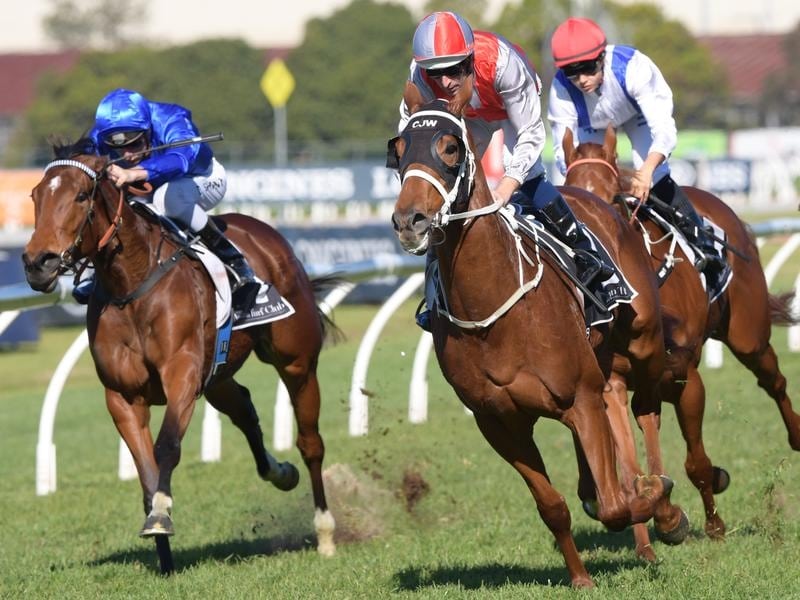 Hugh Bowman has struck a double blow on his return to Saturday racing in Sydney after a winter break interspersed with rides in Japan.

Bowman celebrated his 38th birthday at Rosehill with wins on the Matt Dunn-trained two-year-old The Fire Trap and Hong Kong-bound Jolly Honour for his main supporter, Chris Waller.

Jolly Honour races in the same colours as Triple Honour, whose 2008 Doncaster win was the first at Group One level for Waller, whose tally stands at 84.

Waller said Jolly Honour would have one more start for his stable before he headed to Hong Kong.

“It was a very special win,” he said.

“He is going to Hong Kong to be prepared for the Hong Kong Derby next season.”

Bowman took the initiative before the home turn in the 1800m race for three-year-olds when the pace slackened.

“They were going too slow for me,” Bowman said.

“I didn’t want to put that much speed in the race but when I gave him a bit of room to increase the tempo he really wanted to get on with it.

“I let him cruise around to the 600 (metres) after a very soft first half of the race and I thought, ‘He’s not going to stop, they’re going to have to run over him’, and they couldn’t.”

Bowman and Waller will team up through the spring, most notably with champion Winx, who is likely to run in a barrier trial on Monday week before her first assignment on August 18.

She will run in the Warwick Stakes, which has been upgraded to Group One and renamed the Winx Stakes.