How many winners will Ryan Moore ride at Goodwood? 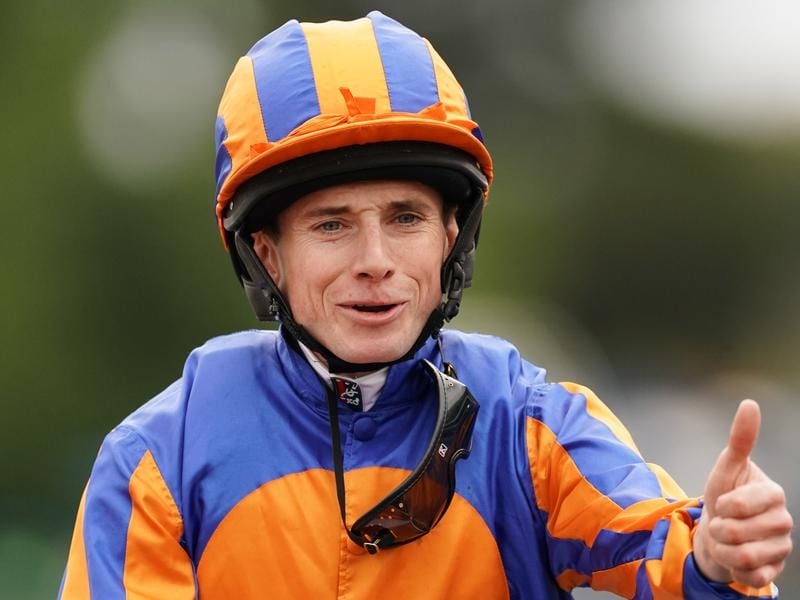 Ryan Moore has had five wins from 24 rides at Goodwood this season and can add to his tally at the track at this Saturday’s meeting.

Assuming there are no spare rides, he has four mounts on the card. All have decent prospects but the betting suggests Regal Reality is his best chance of a win in the Celebration Mile Stakes.

High profile jockeys such as Moore are often backed blindly in doubles, trebles and accumulators. A winning four horse multiple on his Goodwood rides pays 944/1. Each horse is quoted at 6/1 or shorter and all are in the top three in the betting.

Regal Reality is his only favourite or joint favourite across the board at the time of writing but there could be market moves on race day.

Moore does have loyal backers but not as many as Frankie Dettori or the retired Tony McCoy. However, punters always get a run for their money with Moore and the horses he rides rarely lose a race because of jockey error.

He should have at least one winner at Goodwood this weekend based on his historical strike rate. The objective is to identify his main hope which looks like Regal Reality.

The Celebration Mile (15.35) is a Group 2 race for three-year-olds and older over one mile. The younger horses receive six pounds and there is a three pounds allowance for mares and fillies but no female horses have been declared to run. Regal Reality has the form in the book to win the race.

Bentabl is the obvious danger but the horse has not run for 182 days. Regal Reality was last seen on the track winning a Group 3 race at Salisbury earlier this month so has a fitness advantage. Duke Of Hazzard was well behind in that race and Century Dream needs to improve. Sir Busker is a handicap horse racing in Group company while Urban Icon and Positive have something to find on ratings.

So, Regal Reality is Moore’s best ride but Breath Of Air could provide him with another winner on the card. The horse has been declared to run in the Class 2 handicap for three-year-olds and older over seven furlongs at 14.25.
Breath Of Air is vying for favouritism with Magical Wish in some books but generally the second best at 5/1. Breath Of Air races off a manageable handicap mark.

The Charlie Hills trained runner was a beaten favourite last time out. The race was a Class 3 handicap and Breath Of Air was the top weight, carrying 10st.

The horse was beaten by a nose after ducking at the start so you could upgrade the run. In effect, Breath Of Air is a winner without a penalty and a good opportunity for Moore.

Frontispiece is the top weight in the Class 4 handicap for older horses over one mile and six furlongs at 16.10. The horse has won in the class and has finished second on his last two starts. Frontispiece has to give five pounds to Singing The Blues who has won three times in three races. That horse is more fancied to complete a four-timer than Frontispiece is to give Moore a winner.

No horse has less experience than Prado of the six runners in the Group 3 juvenile race for fillies over seven furlongs at 13.50. The horse won her only career start but as not yet earned an Official Rating as she has not run three times.

Happy Romance has won three races from five career starts and that record could be too good for the relatively unproven Prado. Moore looks like missing out in this race.

No bookmaker has issued odds on the number of winners Moore has at Goodwood on Saturday. The favourite in this market could be two winners. Regal Reality and Breath of Air are the horses that can provide that tally while Frontispiece and Prado look like coming up short for Moore.