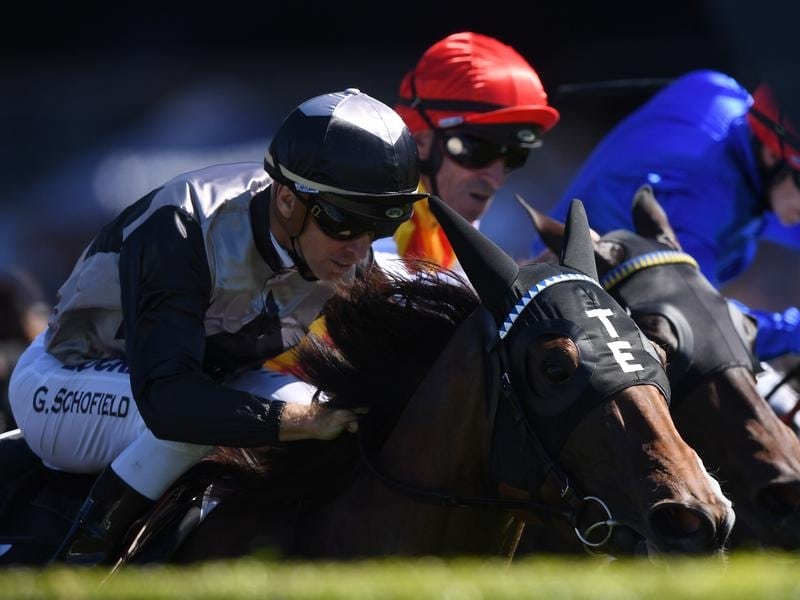 Trainer Toby Edmonds is upbeat about the prospects of Houtzen who will chase her first Group One win in the Moir Stakes at Moonee Valley.

Houtzen followed home Moir Stakes favourite Nature Strip at Moonee Valley on September 8 and has been kept the four-year-old fresh for the return bout on Friday night.

“She’s very good early in her prep and if she’s ever going to figure in a Group One then this could be the one and I couldn’t have her any better,” Edmonds said.

“This year she’s a lot more mature, a lot stronger and she’s handling all the travelling and all the racing really well.

“We’ve kept her fresh for the thousand (metres) because historically she’s gone up in trip.

“There’s going to be good speed and we’re confident she’ll get a good trail and finish off strongly.”

Houtzen had a maintenance gallop at Moonee Valley on Tuesday and while not out to break the clock produced a piece of work that pleased Edmonds.

The trainer said his concern following a first-up gut-buster against Nature Strip was how she’d recover.

“She bounced into the feed bin and was quite bright the next morning and has been ever since,” Edmonds said.

“There was a lot left in her that day and we went in quite underdone. so for her to do that I was quite surprised and it didn’t flatten her at all.

“That was my concern in the days after but she came through the run really well.”

Now Houtzen has filled her frame and is a more mature, stronger mare, Edmonds now wants her to be ridden more conservatively.

He’s happy to see Nature Strip, Ball Of Muscle and Snitty Kitty engaged which will allow Houtzen to settle off them.

“In previous seasons that’s been her but now there’s more speed and tempo we’ve always thought she’d be better if we could ride her a little bit off them,” Edmonds said.

“I don’t mind the three weeks between runs and with blinkers on she’ll be quite sharp.”