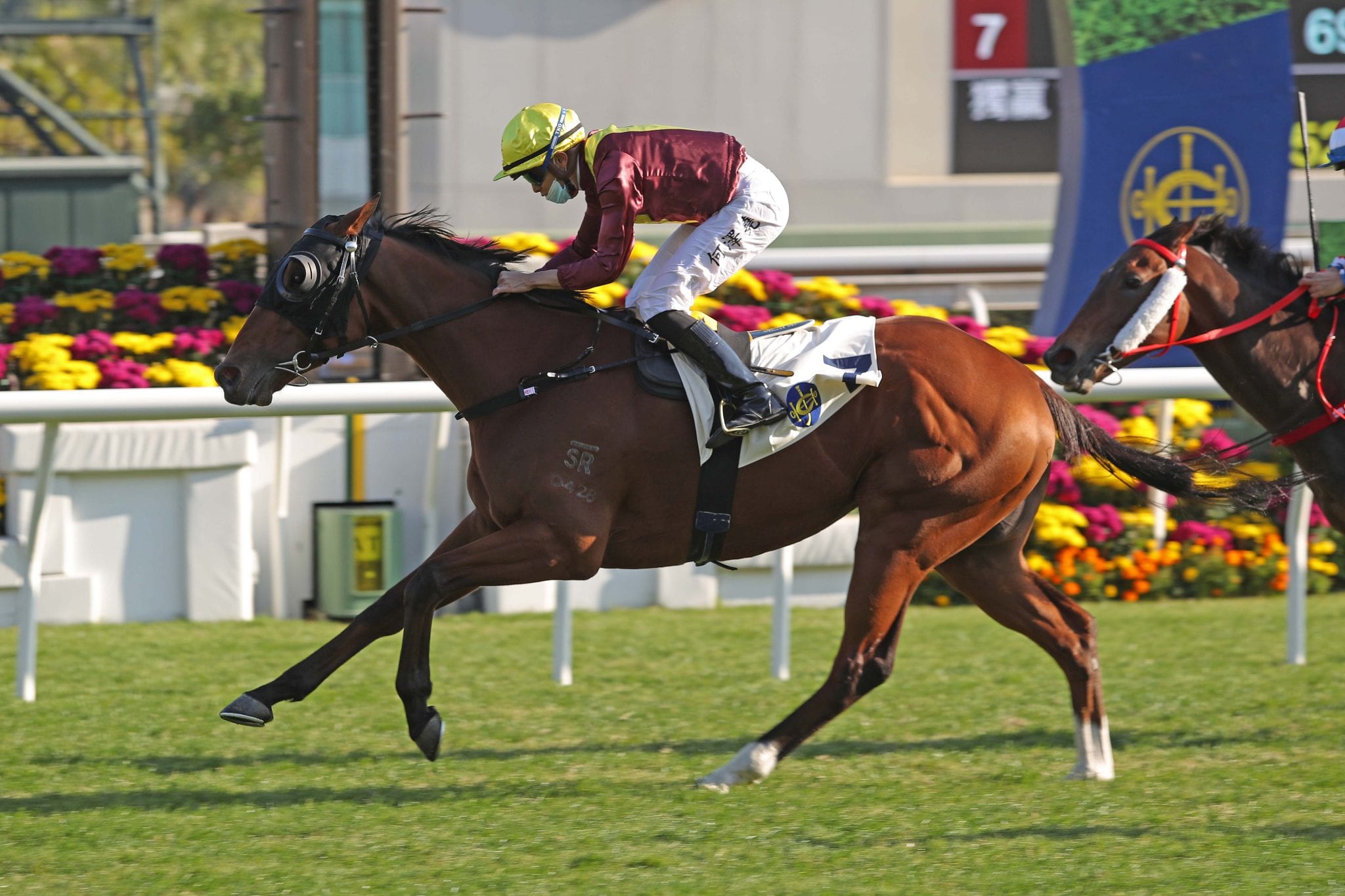 Stepping to 1600m for the first time in Hong Kong, the Australian import also rises to Class 2 after successive Class 3 wins over 1200m and 1400m – both at Sha Tin.

The son of Sebring boasts a restricted grade win over 1550m on Randwick Racecourse’s Kensington track in Sydney in February 2020 and was unsuccessfully tried over 1800m at the same course in March last year but will extend beyond 1400m for the first time in his new surroundings as he faces only seven rivals.

Ho, who has been aboard the gelding in his past two outings, is positive about Sea Of Life’s chances.

“I think he can handle it (the mile), no problem. With the good draw (barrier two), for sure it helps.”

Having risen five points for his most recent victory on 24 January, Sea Of Life will carry 120lb but still has significant weight relief from the majority of the field, headed by Preciousship (133lb) and Circuit Three (129lb).

“It will be challenging the step up in class and distance at the same time, it won’t be easy but I think he can handle it, for sure,” Ho said.

“He feels good and mentally he’s getting stronger so I’m quite happy with how he’s going.

“We’re definitely trying to get him into the Derby – we don’t know if there is enough time for the Hong Kong Classic Cup (21 February) but, for sure, we’re aiming for the Derby (21 March).”

Ho currently occupies fourth place in the jockeys’ championship with 31 wins as Joao Moreira continues to set a cracking pace with 84 as the season marks its halfway point at Sha Tin.

Moreira has high hopes Joyful Fortune can help keep his imposing momentum flowing in the Class 3 Tuen Mun Handicap (1000m) after the pair combined in a trial win on 26 January.

“He gave me a great feel – unfortunately, at the start, I did not know him at all to be honest, so he jumped and put his head up in the air,” Moreira said.

“Once he got going, he showed he has a lot of strength and power.

“He crossed the line going full-on with plenty in hand, so we’re going to the races with plenty of confidence.”

A new addition to Tony Cruz’s stable, Joyful Fortune is a galloper Moreira believes can flourish.

“I believe he (Cruz) can get the best out of the horse, he has done it in the past, Furore is one example, he came from another stable and performed at a high grade,” Moreira said.

“This horse, he does have potential because there are plenty more races in him. I honestly don’t think this is going to be the biggest test for him because the horse himself seems to have plenty left.

“I really think this race is suitable for him.”

Moreira again attributed his mid-season domination – underlined by a 27-win lead over Zac Purton – to a broad support base.

“I have said before jockeys and trainers are no one without the support of others, so I have to express my appreciation for all the opportunities I am getting,” he said.

“I would describe it as a jockey’s hardest job to keep people happy.

“Fortunately, the two names – (John) Size and Caspar (Fownes) they are good people and easy to deal with.

“Under those circumstances, for me, it is easy to go to the races and deliver my best because they give me the confidence to do what I do.

“Both of them are good trainers and it seems they will run right to the end in this championship.

“I can’t split them at the moment. Size seems to have more young horses but Caspar has proven he has the ability to fight hard and as we know he is the king of the Valley.”

Fownes presently leads the trainers’ championship with 40 victories to Size’s 38.

Hongkong Great was among Hamelin’s personal-best five winners on 17 January and he is upbeat about the horse’s chances on Saturday.

“He feels very good after his last race – hopefully he feels the same tomorrow,” Hamelin said.

“He won nicely last time, so why not do that again? If he stays relaxed in front, he can run very well.”

Reflecting on the first five-timer of his career, Hamelin said: “Crazy day, it was amazing. I’m so happy to do it here in Hong Kong – I’ll keep going and try to do it again.”