Home Of The Brave In Everest For Atc 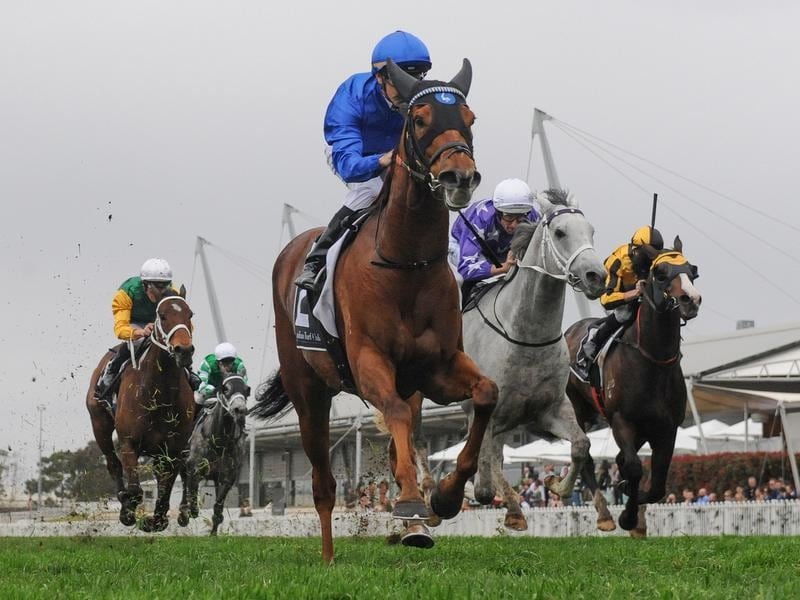 The Australian Turf Club has confirmed Godolphin’s Home Of The Brave will run in its slot in the $13 million Everest with Tommy Berry to ride.

The seven-year-old was a dominant winner of the Group Two Theo Marks Stakes (1300m) at Rosehill on September 8 before running fourth in the Group One Sir Rupert Clarke Stakes (1400m) at Caulfield two weeks later.

The Rupert Clarke was won by visiting English Godolphin horse Jungle Cat who finished second to Home Of The Brave in a Group Three 1400m-race at Newmarket in July last year.

ATC director Phil Morley said the club was delighted to partner with Godolphin.

“The ATC is committed to building the international profile of our carnivals and our racing and to encourage international owners to participate in Sydney racing,” Morley said.

“We believe Home Of The Brave is a winning chance and his trainer James Cummings has made a significant impact since joining Godolphin including winning Saturday’s Group One TAB Epsom with Hartnell.”

The field of 12 is now complete after a dramatic day on Tuesday when dual Group One winner Viddora was confirmed as Damion Flower’s replacement for English and Le Romain to take the place previously occupied by Invincible Star.

Both Gai Waterhouse and Adrian Bott-trained mares were ruled out of the race on Saturday week with lameness issue.

Cummings said he was delighted Home Of The Brave would run.

“We are delighted to have Home Of The Brave running in The Everest,” he said.

“The great thing about a race like The Everest is that it captures a wider audience other than just racing enthusiasts. It is great for the whole team to have a horse in such a big race.

“There is a threat of some rain, so along with coming back to 1200 metres with some cut in the ground he would have conditions to suit.”

Home Of The Brave has firmed from $21 to $15 with confirmation he will run.