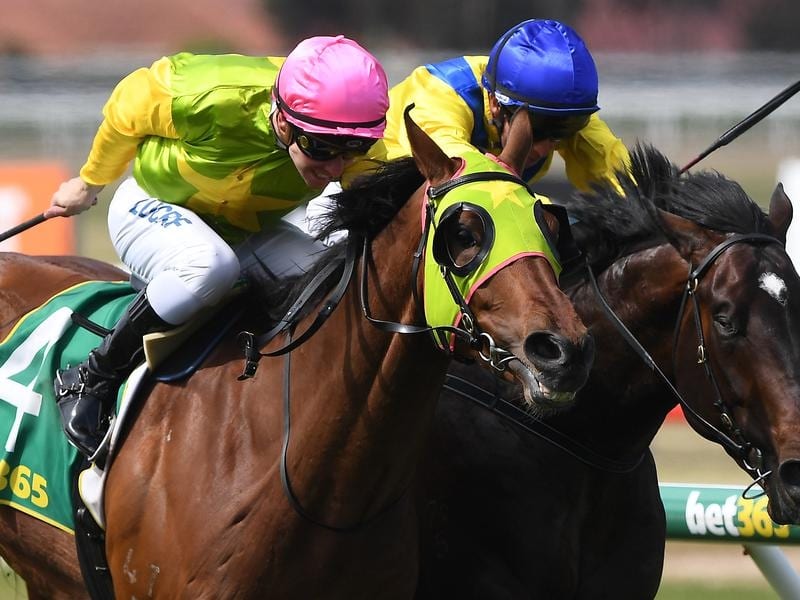 If there are any chinks in the armour of the leading Victoria Derby fancies, trainer John Sargent is confident Geelong Classic winner Home Ground will have the staying capacity to capitalise.

Sargent is no stranger to Victoria Derby day success at Flemington having won the traditional VRC Oaks lead-up, the Wakeful Stakes for fillies, three times in the past five years.

Sargent is bypassing Saturday’s Wakeful with his Oaks contender this year, Miss Moana, but the Sydney-based trainer is chasing a first Victoria Derby with Home Ground.

And Sargent has called on three-time Derby winner Hugh Bowman to pilot the gelding from a wide draw in the 2500m staying test for three-year-olds.

“He’s gone on with it since his win at Geelong so he will be right at his peak,” Sargent said.

“But he will have to be because it is a lot stronger field.

“The plus is we have got Hugh Bowman on. The minus is that we’ve got a wide draw. But I couldn’t be happier with him and that’s the main thing.

“The trip won’t be a worry, he will get the distance and a lot of them won’t.

“If there are any chinks in the favourite’s armours, if they can’t see the distance out, he’ll just keep whacking away.

“It’s always good having that on your side as a three-year-old over 2500-metres.”

The Derby has been on the radar for Home Ground since he finished fifth in the Group One J J Atkins Stakes (1600m) in Brisbane in June, won by star colt The Autumn Sun.

Home Ground confirmed his Derby credentials with his Geelong Classic win over 2200m eight days ago, beating Frankel colt Farooq by a nose.

“When the pressure goes on he’ll hopefully keep going forward because I think that’s his best asset for sure, he’ll just keep giving like he did at Geelong,” Sargent said.

Home Ground finished midfield in the Group One Spring Champion Stakes in Sydney two starts ago and it is two horses coming through that race that Sargent rates the ones to beat.

He considers the Gai Waterhouse and Adrian Bott-trained Derby favourite Thinkin’ Big and Godolphin’s Aramayo as the horses who stand out.

“He’s a lovely type of horse and has a bit of quality. He would be the one to beat.”