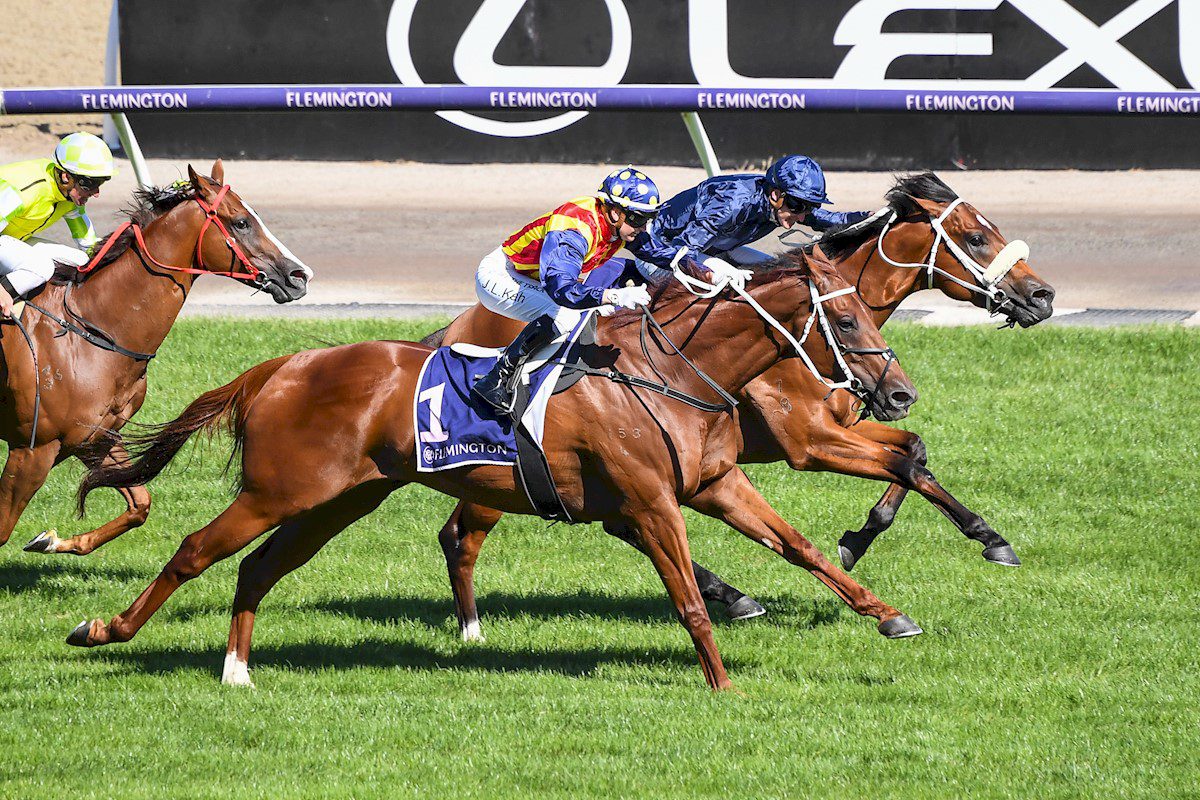 The Group 1 Black Caviar Lightning Stakes was built up to be one of the best sprint races of the year and the race lived up to all expectations with Home Affairs edging out Nature Strip in a dramatic affair.

James McDonald’s decision to take the ride on Home Affairs rather than resume is amazing relationship with Nature Strip was vindicated, with the Coolmore Stud Stakes winner getting the better of his more-fancied stablemate by the barest of margins.

There was drama aplenty right from the start of Saturday’s Group 1, with race favourite Nature Strip slow out of the gates, copping a bump from Profiteer and then being sandwich between Profiteer and Eduardo and a clear last 50m into the event.

It wasn’t the only issue for Profiteer, with the three-year-old colt causing interference with The Inferno and almost causing the former Hong Kong gallopers jockey Damian Lane to come out of the saddle.

However, up in front James McDonald had won the early speed battle aboard the Chris Waller-trained Home Affairs and the Coolmore colt had the star-studded field of sprinters chasing him along way out from home.

Home Affairs was left in front a long way out from home and was left vulnerable inside the final 100m but kept finding under McDonald to hold off the fast-finishing Nature Strip who was seemingly a good thing beat.

The result was a nearly perfect scenario for trainer Chris Waller, with his colt furthering his reputation, whilst despite getting nosed out of an eighth Group 1 win, the run of Nature Strip was one of which he would lose no admirers from.

Home Affairs is expected to have his next start in the Newmarket Handicap (1200m) at Flemington on March 12.

Waller didn’t dismiss the idea of a rematch between his two stable stars in the Newmarket, with the legendary trainer suggesting Nature Strip will want revenge.

Asked if his two superstar sprinters would go on to conquer Royal Ascot later in the year, Waller was quick to put sprint races in Australia first.

“At this stage I’m talking up racing in Australia.

“We’ll get autumn out of the way and see how tough we are about talking about taking on the world.”

Home Affairs is now a $3.20 favourite with online bookmakers for the Newmarket Handicap, whilst Nature Strip is a $7.00 second-elect with Waller suggesting the normal plan was to take The Everest winner back to Sydney.